Google Drive is the new home for people who love Torrents

Google Drive is becoming a goldmine for all the latest movies, songs, and series.

Ever since the crackdown against internet pirates began, torrents have been suffering. Agencies took down numerous sites including The Pirate Bay and KickAss Torrent. While they keep surfacing under different URLs every now and then, pirates from countries where these sites are banned have come up with another ingenious solution. They are exploiting Google Drive, OneDrive, Dropbox, and other similar sites’ file sharing capabilities to impart video content to other people.

Pirates are uploading entire movies and series on to YouTube and embedding their link in Google Drive links. People are then redirected to YouTube where they can view complete movies that stream faster even in low internet speeds. But you might be wondering that YouTube is against piracy so why aren’t these links being taken down? Pirates are uploading content on YouTube and keeping it unlisted so that they don’t show up on search results. People then share these links via online discussion forums hence it becomes very difficult to keep track and remove the content. Apart from YouTube, other video sharing and streaming platforms like Vimeo and Daily Motion are also being targeted for such activities.

Google Drive, however, has become a notorious hub for such activities because it gives users 15 GB free space while OneDrive and Dropbox offer 5 GB and 2 GB respectively.

Apart from Google Drive, people are also using My Maps, a site typically used for creating and sharing custom maps. Pirates are creating a map and adding external links in the description area. And since Google does not check the links being added in the description, its becomes easier for pirates to not get caught while sharing links.

Have you been able to spot any such videos on YouTube or Google Drive links? 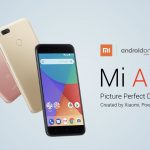