The revenues and profit figures that Google earns from Android have finally been revealed, and they aren’t as much as one would hope for the world’s most used smartphone operating system.

Even though the company constantly updates the figures for the number of Android users around the world(1.4 Billion as of 2015), the revenues and profits it has earned from the operating system itself have been kept in secret. But thanks to Oracle, we finally know that in the 9 years since the introduction of Android in 2007, the search-giant Google has earned a total of $31 Billion in revenues from its mobile operating system with $22 Billion in profits.

There is an ongoing lawsuit between the two companies, Oracle and Google, about whether Google has been using a modified version of Java to power Android or not. If found guilty, Google could be made to pay around $1 Billion or more in fines to the software giant and in a recent court proceeding of this lawsuit, an Oracle lawyer revealed the exact figures of revenues and profits that Google has managed to earn from its mobile operating system, Android, much to the annoyance of Google and its’ lawyers.

“Google does not publicly allocate revenues or profits to Android separate and apart from Google’s general business,” Google’s lawyers wrote in the filing. “That non-public financial data is highly sensitive, and public disclosure could have significant negative effects on Google’s business.”

The $31 Billion amount is not small by any means, but considering the fact that Apple earned from iPhones in the last quarter of 2015, $32.2 Billion, it appears minuscule in comparison. However, it still isn’t fair to compare the two companies’ revenues because Google only acts as a distributor of Android and sells it as an open-source smartphone operating system to manufacturers, earning only from licencing, app store and search ads. Apple, on the other hand, is a full-scale manufacturer and sells its expensively-priced iPhones around the world. 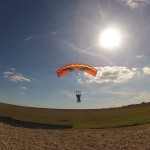 Startup Advisers and why you need them