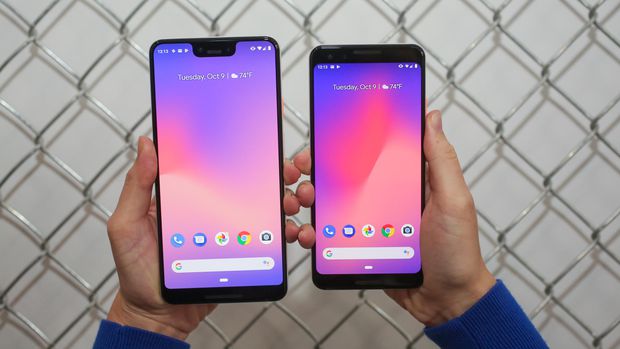 This year’s Google Pixel 3 XL was surrounded by a lot of controversies because of its leaks. The biggest criticism it faced was the design choice, the Google engineers opted for Google’s latest flagship. Google Pixel 3 XL had the tallest notch in the smartphone market and many experts believed that it was by far the most unattractive smartphone in 2018. Adding insult to injury, Google did not give any option for hiding the notch in the Pixel 3 XL, unlike other android manufacturers. However, after a lot of criticism, Google has finally enabled the ‘hide notch option’ in the Pixel 3 XL. The announcement came via a tweet on Google’s Twitter account.

It’s an option that has been offered on a variety of other notched Android phones, including those from LG, OnePlus, Xiaomi, and Huawei. But it’s nice to see Google offer the option here, too. As 9to5Google points out, there’s already the option to black out the notch in the existing Android Pie build hidden in the development menu, which may be what the original Google tweet was referring to. But hopefully, the company is adding something a little more user-friendly than digging in developer options for when the Pixel 3 hits stores.

It is still unknown if either side of the notch area during the ‘disappearing act’ will be used to show the status icon, clock, and notifications. Because during the testing the developer option have found Android Pie’s clock and other icons simply pushed down and placed below the added black bar.

Hopefully, Google sorts out the ‘hide-notch’ problem for the consumers via an update. However, this has been the third consecutive year where Google has miserably failed in the design department of its flagships and has come under severe criticism. Ever since the Google Pixel was introduced in 2016, the design of these devices has come under extreme scrutiny:

The phone was criticized for its mundane design choice and most of all because of that big chin it had which was completely useless for the user. Many argued Google’s design choice for adding the huge chin since it neither had any fingerprint sensor on the front nor did it have any stereo speakers.

Ever since its launch in 2017, google pixel 2 was criticized because of the extra big bezels on the front, especially since 2017 marked the beginning of bezel-less design in smartphones. Google was the only company to feature an outdated design on its Pixel 2 device.