Google is making Chrome 15 percent faster on all Windows devices

Starting with Google Chrome 54, Google is making Chrome almost 15 percent faster in loading pages and nearly 17 percent faster in startup. This improvement in speed comes from Google’s use of Profile Guided Optimization technology.

Using this technology will allow Google to speed up the startup time of the browser by nearly 17 percent, new tab page loading speed up to 15 percent and overall page loading times by 5 percent.

It may come as a surprise to many that Google Chrome was not using this built-in developer tool to make sure they get the most out of the platform. However, it appears that Google is finally coming around to use this feature in their immensely popular browser.

Starting with Chrome 53 for 64-bit devices and Chrome 54 for 32-bit devices, this speed improvement is available for all users to experience. 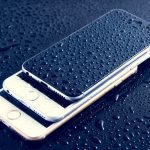