Google launches ‘Tez’ mobile payments app in India, other Asian markets to get it soon 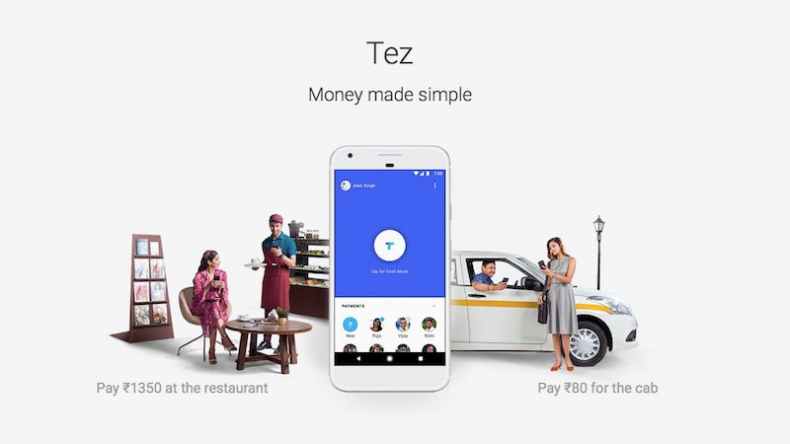 Google is spreading into the Indian market with a brand new mobile payments app.

News first broke of Google’s plans to launch the mobile payments app in India last week and now the app is finally here. Called ‘Tez’ – which means in ‘fast’ in both Urdu and Hindi – the app will allow Indians to make payments via their phones. It will be announced officially today by the Indian Finance Minister Arun Jaitley.

A lot of people were wondering the need to introduce this brand new app since Google already has a similar app called Android Pay and India has its own mobile payments system. Google had initially wanted to introduce Android Pay in India but ran into some problems with the regulators. Both Google and the Indian government found a middle ground in Tez. Interestingly, Tez runs on India’s Unified Payment Interface(UPI). So not only is it making people’s lives easier it is actually helping the Indian government strengthen its digital payment infrastructure.

UPI makes it very easy for Indian citizens to make instant inter-bank payments on a single app. It’s a hassle-free solution and a user enters the system by obtaining a virtual address from their bank. Now that the system is linked with Tez, it will allow users to instantly transfer money to anyone who also has the app. It takes just a few minutes to set up an account of Tez and the money to transfer gets debited instantly from your account.

The app can be used to make payments at a restaurant while shopping. Furthermore, it can also be used to transfer money both in nearby locations and different cities. Google’s major benefit out of this app is that Tez will allow Android users to make payments for its music, video streaming services or other apps too since it includes micro-payments as low as INR 50.

Google has already trademarked the name ‘Tez’ in Indonesia and the Philippines so other Asian markets can expect to benefit from it soon, Pakistan too!