Google, amid the gender pay law suit crisis, is planning to launch a mobile payment app named “Google Tez” for the consumers in India.

This is an impressive move as India is one the largest and favorable country for Android operating system claiming over 80 percent market share and with a population of over 1.2 billion the tech company is surely planning to leverage the consumer market to expand its profits and revenue.

The payment app which the company is planning to launch will support other consumer payment services in the country as well, including the government-backed payment system UPI (Unified Payments Interface). It would be worth mentioning here that Google submitted an application back in June 2017 to Indian Government’s agency which deals with trademarks and patents etc.

The company is set to launch the new mobile payment app in India on coming Monday more precisely on September 18th. After the tech company launches the payment service in India, it is also planning to launch the service in other Asian markets such as in Indonesia and the Philippines.

It is not yet clear why the company is launching an entirely new payment service for India as it already has Android Pay— a digital wallet which enables users to make payments from Android based smartphone.

Aside from Google launching a new payment service for India, back in August Skype partnered with PayPal to enable its users to send money to anyone and anywhere they want with just a single tap. Additionally, messaging app WhatsApp in the near future will also allow user to send & receive money on WhatsApp. 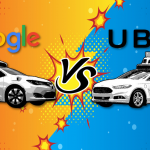