Google has finally launched the incognito mode for Google maps. It announced incognito mode back in May,  but took too much time to make it available for the public.

The feature will allow users to use their apps without having their data linked back to their Google account. The feature is rolled out for android mobile phone users. With this incognito mode, Google made it easy for people who do not want to share their location online. Before this users had to delete the location manually or set a time limit to delete it automatically after a specific.

By tapping on your profile icon, you can choose the “Turn on Incognito Mode” option and the app will stop tracking your location and search data.

When you will turn on the incognito mode a gray bar will appear at the top, in addition to that the profile avatar would change to incognito sign instead of your picture. In a disadvantage of using the incognito mode all the time, Google would not be able to give you recommended places based on your previous movements. Other disadvantages are offline maps and location sharing will not be possible in incognito mode.

Olivia T, Google Maps Community manager said. “When you turn on Incognito mode, your activity in Maps-like the places you search or get directions to won’t be saved to your Google Account,” she added, “Turning on Incognito mode in Maps does not affect how your activity is used or saved by internet providers, other apps, voice search, and other Google services.” 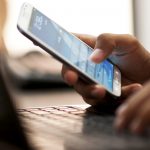