Google was working on three Pixel smartphones named as Walleye, Muskie, and Taimen, which were expected to release in Fall of 2017. However, an online source named as Android Police, a website known for Android leaks and rumors claim that Pixel XL’s direct successor “muskie” has been scrapped, in favor of large-screen successor.

While both Walleye and Taimen Pixel smartphones will ship this fall as planned.

“We rate this information 9 out of 10 on our rumor confidence scale. We have corroborated this story with several sources we deem reliable. The good news? That doesn’t mean there won’t be a new Pixel XL – just that it’s not going to be muskie” said Android Police.

Furthermore, Google’s Pixel smartphones will be the first to ship with company’s latest OS Android O. HMD also has already confirmed that new Nokia 6 will also ship with Android O.

Moreover, Google will also be launching an ad blocker to Chrome in the next year to filter out annoying and malicious content.

Google in a blog post said, “We believe online ads should be better. That’s why we joined the Coalition for Better Ads, an industry group dedicated to improving online ads. The group’s recently announced better ads standards provide clear, public, data-driven guidance for how the industry can improve ads for consumers”.

Apart from the cancellation of “muskie”, Google is giving its users an update for its Google Assistance, which will soon be available to users enabling them to send and receive money with great ease and comfort. 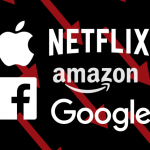