A very welcome dark theme is making its way to Google Maps, as reported by some users who have been fortunate enough to access the feature already. It appears that Google is rolling out an app-wide dark mode to Maps as of version 10.51.1 running on Android 11.

It’s no secret that we love Dark Mode. It looks good, for one, and it can also reduce eye strain in low light conditions. So, whenever an app announces a Dark Mode rollout, there is every reason to be excited about it. And from the looks of the images we have on the dark themed version of Maps, this is going to be a massive improvement. 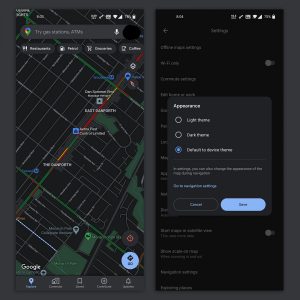 It seems the change is gradually rolling out on the server side as updating to the latest version of Google Maps is not enough to see the option appear in the app’s settings menu.

The appearance setting in the app will let you force the dark theme indefinitely or match the Android phone’s universal system theme setting.

While there has always been an automatic night-mode that switches on during navigation when the sun goes down of if the user is navigating through a tunnel, it has never before been possible to apply it whenever you want, or while browsing maps or menus. This is certainly something worth looking forward to because if nothing else, it does bring that considerable improvement in the user experience. 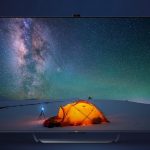