TechJuice > Telecom > Government yet to finalize a name for chairman PTA

Government yet to finalize a name for chairman PTA 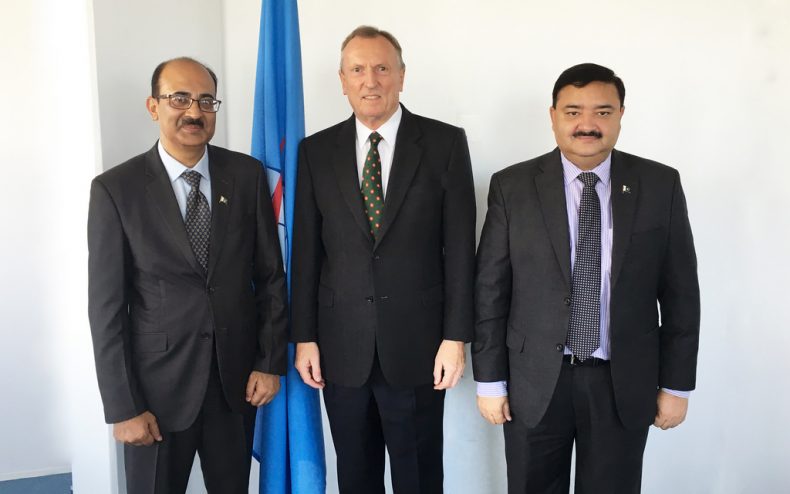 The government of Pakistan is looking to fill the PTA chairman slot, amidst news that all three members of Pakistan Telecommunication Authority are lobbying for that prestigious slot of the chairmanship.

The former government, PML(N) appointed Mohammad Naveed as the Member Finance of PTA and was further given the additional post of chairman at that time. However, the federal cabinet in the last week of December approved the appointment of Major General (Retd) Amir Azeem Bajwa as Member Technical who was also a former Director General of Special Communication Organisation (SCO).

As per the norms in the past, a Member Technical is usually also selected as the chairman of the authority. So, in accordance with that, General (Retd) Amir Azeem Bajwa who is elected as Member Technical should replace Mohammad Naveed but nothing has been made official as of now.

“Member Technical is usually the chairman of the authority, and hence its only matter of time that the appointment is notified officially”, confirmed by a high-level government official.

According to several sources, the Cabinet division was supposed to come with a summary to the federal cabinet for the three members that contested for the chairman seat. However, the cabinet at the eleventh hour decided to further delay the proceedings, therefore the summary will now move to Thursday 17th, 2019. Some confidential sources claim that other members are also lobbying for the chairmanship of PTA.

As per internal leaks, members other than General (Retd) Amir Azeem Bajwa have successfully lobbied for the post and had a successful meeting with the Prime Minister Office. Other sources close to the telecom industry have confirmed that it is also lobbying for one of the members to be appointed as Chairman. It remains to be seen if the government will go along with its original decision to appoint Major General (Retd) Amir Azeem Bajwa, or will it succumb to lobbying and opt for a different chairman.

previous
SpaceX to lay off 10 percent of its workforce in cost cutting measures
random
next
After missing the 2018 deadline, AirPower reportedly enters production
Trending Posts