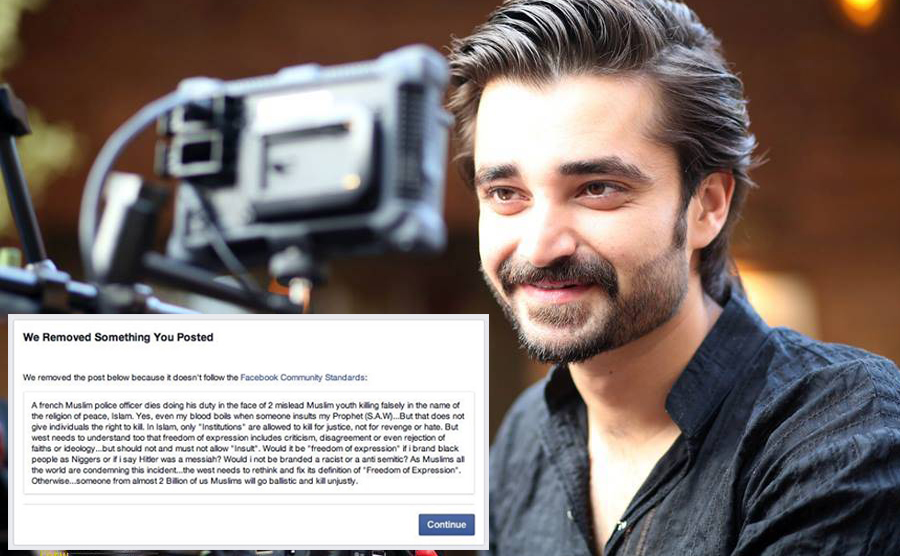 Hamza Ali Abbasi is one of the Pakistani celebrities who have a huge following, with around 1.6 million ‘likes’, on the famous social media portal, and he is also quite vocal as he occasionally posts personal views related to social issues, politics, culture, and religion.

Hamza Ali Abbasi earlier today posted a status on Facebook where he condemned the killings at the Parisian office of satirical weekly Charlie Hebdo. He went on to say that: “Yes, even my blood boils when someone insults my Prophet (pbuh)…But that does not give individuals the right to kill.”

While the exact cause of the post’s removal was not elaborated by Facebook, it does provide a link to Facebook’s Community Standards which state that speech attacking others on their religion, race, sex, etc. will not be tolerated. Apparently, the removal was an automatic trigger caused by the choice of words in Hamza’s post, like using the derogatory N-word used for African Americans.

Ironically, in any case, the incident happened just a couple of days after Facebook’s founder and CEO Mark Zuckerberg stressed on the company’s commitment to freedom of speech, and pointed out that a ‘extremist in Pakistan’ had tried to have him [Mark] sentenced to death for refusing to ban content about Mohammed. In the January 9 post, he had said, “I won’t let that happen on Facebook. I’m committed to building a service where you can speak freely without fear of violence.”

The event once again proves that there is fine line between free speech and hate speech, and Facebook has failed several times to address the issue as in many cases users’ harmless posts have been removed while other derogatory and abusive content still lives on. 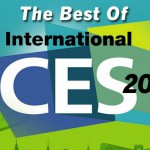 Best of CES 2015: Our Favorite Gadgets from the Electronics Show