One of the most anticipated events of Apple, Worldwide Developer Conference 2018 is all ready to take place today, June 4th at San Jose Convention Center. The event is much awaited not only by Apple enthusiasts but also by developers and technology enthusiasts across the globe. The 2018 edition is expected to pack a number of updates to its mobile, desktop, TV and wearable platforms. We might expect some hardware announcements and improvement updates for Siri and ARKit.

The event will kick off at 10:00 PM, Pakistani time. Here is how you can catch it live.

Which Apple WWDC 2018 announcement are you looking forward to? Share in comments. 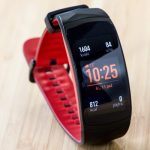