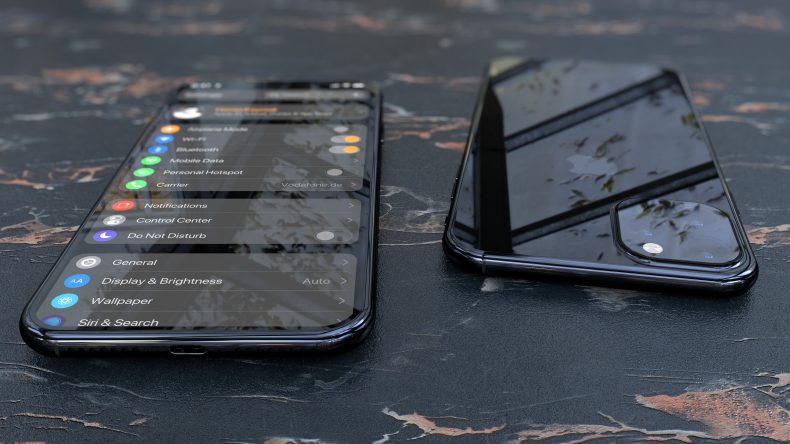 The new renders are based on the latest available leaks and reports, so they’re probably very accurate representations of the upcoming iPhone 11 Max.

The Indian blog CashKaro has shared new renders of the upcoming “iPhone 11” and “iPhone 11 Max”, (or whatsoever they will be called at the time of launch) by collaborating with OnLeaks to provide a side-by-side comparison of the expected successors to the iPhone XS and iPhone XS Max.

As suggested by the previous rumors, the new iPhones are expected to feature a triple-lens rear camera setup in a triangular arrangement. While the camera bump has a larger square-shaped design, it appears to be less protruding, as the rear panel of each device is said to be formed out of a “single piece of glass.”

The renders showed in the above video also hint that 2019 versions of the iPhone XS and iPhone XS Max will feature a redesigned circular-shaped mute switch within a pill-shaped cutout, similar to the one on older-generation iPads.

Apple is also reportedly working on a new way for users to interact with future models of the iPhone. The “touchless gesture control” will let users interact with the phone without touching the screen.

Following its old conventions, Apple is likely to unveil its next-generation iPhone lineup in September alongside a new addition of Apple Watch Series 5 and other hardware announcements. While it must be taken with a pinch of salt, a new iPhone XR model is also likely in the works with a dual-lens rear camera system, up from a single lens on the current model.