Though Honor 9X is all set to launch next week, the specs and back design of the phone have already been officially revealed.

Huawei’s subsidiary Honor has confirmed the launch of its most innovative mid-range Honor 9X series on July 23 in select markets notably China. The Chinese phone maker is expected to launch two new devices at the event i.e. Honor 9X and Honor 9X Pro.

Just a week before the official launch of Honor 9X series, specs of both phones have appeared online. The device surfaced on TENAA with its full specs sheet without any images to reveal much about phones. There were two Honor phones listed on TENNA with model numbers HLK-AL00 and HLK-TL00. These phones are likely to have up to 8 GB RAM, 256 GB storage and a microSD slot for up to 512 GB more for all the memory you need.

Meanwhile, a Twitter user “Xiaomishka” has also revealed the design and other subtle details of Honor 9X variants which are actually taken from the Honor Mobile’s official Weibo account. According to those details, Honor 9X and 9X Pro would have the same 6.59-inch full HD+ display with a resolution of 1080 * 2340 pixels and a 19.5:9 aspect ratio. The official pictures of Honor 9x series hint at three cameras on the back, while TENAA lists devices with only two shooters(48 MP main + 2 MP depth sensor). It seems that the upcoming 9X Pro in Honor’s Weibo post is different than the one we see in TEENA’s listings.

Performance-wise, both the smartphones are likely to get Kirin 810 SoC. However, rumors have also suggested previously that the Honor 9X Pro would get powered by the Kirin HiSilicon 980 SoC.

It is worth mentioning here that details about exact specs and design of both upcoming phones are still vague but we will surely get to know all about it before. 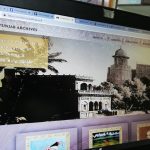