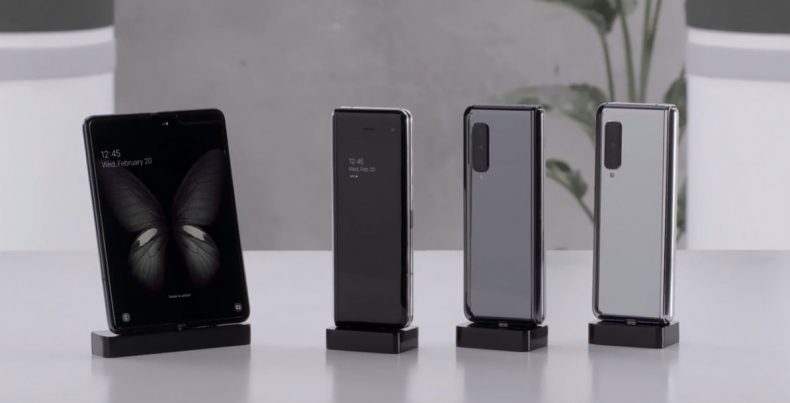 The start of 2019 has surfaced two of the most prominent foldable designs from the two largest smartphone manufacturers in the world. While both of these designs feature the same concept their design approach is however completely opposite.

In an interview with Business Insider, the Huawei consumer CEO Richard Yu had his say on the current design of Huawei’s Mate X and how it stands against Samsung’s Galaxy F. Interestingly, Yu admitted that initially, Huawei was also planning to release a foldable phone similar to the design of Galaxy F. However, the company decided to drop the design when the senior management decided that it was “not good”, clearly criticizing Samsung’s design approach towards the foldable phone.

“I feel having two screens, a front screen and a back screen makes the phone too heavy,” Yu said.

The Huawei CEO further said that they had multiple designs in the pipeline for the Mate X, however many of them were canceled and in the end, the design approach that was chosen was much better than the Galaxy Fold.

“We [Huawei] had several solutions, but we canceled them. We had three projects simultaneously. We had something even better than that [the Samsung Galaxy Fold], killed by me.”

The company finally reached a consensus on a single-display design strategy for the Huawei Mate X that folded outwards to form a bezel-less phone and unfolded to form a small bezel-less tablet which the Huawei CEO believes to be superior to Galaxy F in terms of design as he believes that two screens on the phone make it heavy.

Unlike the Huawei Mate X, the Samsung Galaxy F folded in the opposite direction (inwards) to form a typical smartphone design with huge top and bottom bezels. However, many analysts believe that Samsung’s design approach is superior in terms of robust mechanism as the display is safe from any external damage, unlike the Huawei Mate X’s screen which is exposed all the time.

Another difference between these two foldable phones is the price tag. While Samsung was criticized for introducing an ultra-expensive phone that cost $1980, Huawei went a step further and announced their foldable phone’s starting price to be $2600, a whopping $600 more than the already expensive Galaxy F. Whether these phones will be successful in the consumer market is another question, let’s how 2019 treats them.