TechJuice > Mobile > Huawei CEO will be “the first to protest” if China strikes back at Apple: Bloomberg

Huawei CEO will be “the first to protest” if China strikes back at Apple: Bloomberg 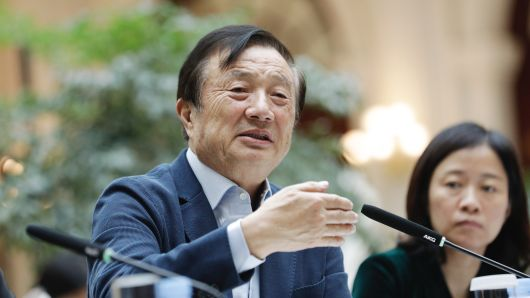 The US govt alleges that Huawei has close links to not only the Chinese government but also to the Chinese Communist Party.

Soon after the US President Donald Trump issued an executive order earlier in May that added Huawei and its 70 affiliates to a trade blacklist, the founder and CEO of Chinese tech giant Huawei, Ren Zhengfei has been doing a round of interviews the whole last week, responding to his company’s placement on a US ban list. In a recent interview with Bloomberg, he has revealed that he neither expects nor hopes for a retaliation from the Chinese government against the Trump administration’s ban. He thinks that tech companies should never start a trade war because doing so will benefit no one. As he said,

“(China will not strike back) That will not happen, first of all. And second of all, if that happens, I’ll be the first to protest.”

Meanwhile, Huawei’s name in the United States is in serious trouble with American security agencies calling it out as a national security threat and urging consumers away from buying Huawei devices. President Trump has recently stressed that the measures taken by his govt are more of a trade negotiation move against China than a real national security response to Huawei. However, Zhengfei is taking a different approach. He doesn’t fear US sanctions and is prepared for alternatives even before the deadline of 90 days, as he stated;

“First of all, 90 days doesn’t mean much to us, and we have prepared. To us, the most important thing is to do our job well. What the US will do is out of our control. I would like to take this opportunity to express my gratitude to the US companies that we work with. Over these 30 years, they have helped us to grow into what we are today. They have made many contributions to us. They have taught us how to get on the right track and run the company.”

The feud between Huawei and the US was sparked after the arrest of Huawei Chief Financial Officer Meng Wanzhou, the daughter of Huawei’s founder in Canada, for alleged violations of US sanctions on Iran. Beijing condemned the move and demanded that Canada immediately release the Chinese national.

previous
Labbaik VR will be your virtual guide for Hajj and exploring the Holy Ka’aba
random
next
Punjab is an attractive place for investment, CEO Xona Blue
Trending Posts