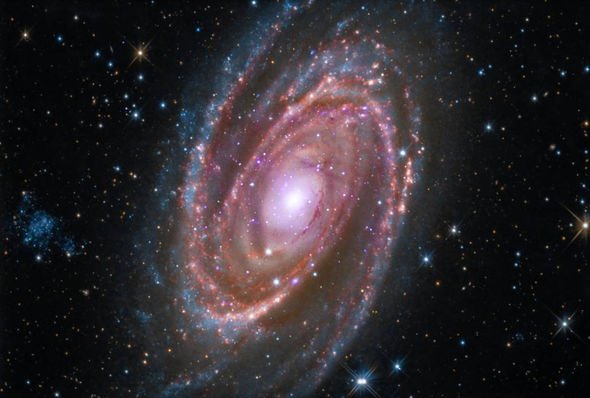 In a latest development to mark history, NASA’S Hubble Space Telescope has taken an incredible side-view image of the distant galaxy code-named — NGC 3432 – a spiral cluster much like our very own Milky Way — that houses Earth and our solar system. The galaxy is said to be located around 45 million light-years.

The picture taken by NASA Hubble telescope revealed that NGC 3432 is snapped from a side-on view, offering a new perspective on the galaxy. Instead of a twisting spiral in deep space, the Hubble picture shows a long, bright streak of light and gas stretching against the darkness of space. The beautiful galaxy NGC 3432 lies in the constellation of Leo Minor or the Lesser Lion in the northern sky. The spiral cluster has spindly arms full of stars and cosmic material coiling around a central point.

See Also: Pakistan will send its first person to space in 2022, Fawad Ch

According to the European Space Agency (ESA) which operates the Hubble Telescope with NASA,

“Believe it or not, this long, glowing streak, speckled with bright blisters and pockets of material is a spiral galaxy like our Milky Way. But how could that be? The galaxy’s spiral arms and bright core are hidden and we instead see the thin strip of its very outer reaches.”

It must be noted that 19 years ago, the NGC 3432 galaxy was the source of an intriguing mystery. A massive burst of light called SN 2000CH was spotted as part of the Lick Observatory Supernova Search survey, also known as LOSS, which was performed with the Katzman Automatic Imaging Telescope located in San Jose, California.

Later in 2013, the burst of light appeared again in the same location. That showed that it was not in fact caused by a supernova, as those events happen just once when a star dies and its core collapses. 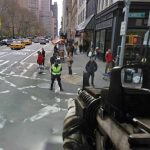 Mass Shooters are using this website before carrying out their attacks