IBM claims it has made a breakthrough in computer processors by creating a 2nm chip in one of its test labs. The process of creating such chips is measured in nanometers which is significantly a small number, This chip is said to be 45% better in performance and utilizes 75% less energy in comparison to other processor chips.

According to IBM, by utilizing this technology mobile battery life is said to quadruple hence very little time would be required to charge the phone. As a refresher, the term ‘nm’ is more seen as a marketing term to describe new generations of technology.

So this 2nm chip consists of nearly 50 billion transistors and when combined and properly assembled into a chip, its size is equivalent to that of a fingernail. This is a huge impact considering the fact that processors such as the likes of AMD Ryzen are based on the 7nm process. With IBM’s new process, complex Artificial Intelligence tasks can be easily implemented while ensuring there is less load on the system.

While this does seem to lie the next big thing, there are two obstacles IBM is said to face where the first is, of course, are the competitors i.e. Intel and AMD, and the other obstacle is the current semiconductor shortage crisis. All in all, this new processor will soon be hitting the marketing and many tech giants will be relying on this new product very soon. 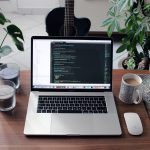 Freelancing 101: How to start freelancing