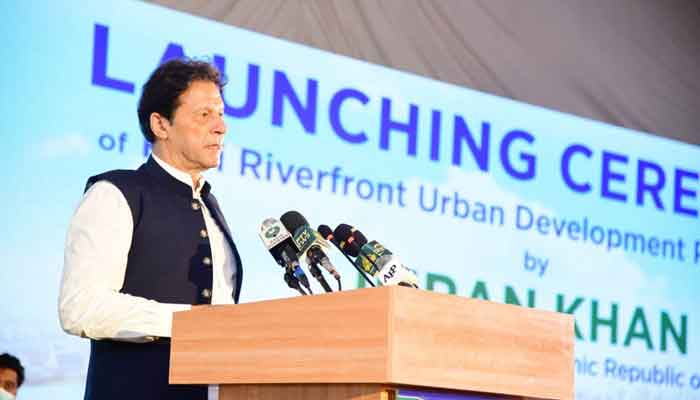 Former prime minister Imran Khan shared details of the project in a recent social media post which includes the Future Sceneries of the Central Business District Punjab, Lahore. The PTI chief said the groundwork for over 100 skyscrapers in the first Central Business District Punjab to accommodate businesses at a central location in Lahore will be launched on October 22 and the development will also start on the same date. 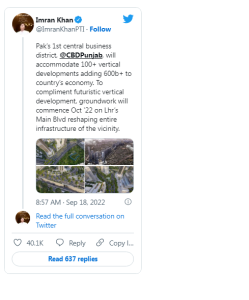 Khan said that more similar initiatives across the country’s most populous province Punjab which he believes will contribute to economic growth and prosperity by providing job opportunities. Such projects are the need of the hour that can provide up-to-mark facilities to the business owners and they don’t have to think about building their own building but can just get one from the district.

The project has already got its approval from the Civil Aviation Authority for a 750-foot building height. The provision of skyscrapers is said to be a gateway to architectural masterpieces. The business fraternity will avail of the extra height provision for commercial purposes and construction advancement.

Recently, PTI Minister Aslam Iqbal said that Punjab has a pivotal role in the development of Pakistan, saying the government ensured its full support and instructed that no stone should be left unturned for the completion of the business district projects.

The chief minister also reviewed the project recently and has directed to expedite work on the central business district project, adding that work on this project would be accelerated in line with the vision of Imran Khan.

Chairing a meeting at his office to review the progress, the CM directed that no hurdle should arise as this initiative was very important for the prosperity and development of the provincial metropolis. The vision of the government about the solution to people’s problems was clear and allied matters should be disposed of without delay, he added. Earlier, CEO of the central business district Imran Amin apprised the CM of the salient features. 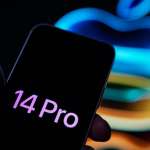