Pakistan earned $1.52 billion through different Information Technology (IT) services during the first three quarters of the financial year 2020-21, exhibiting a growth of 43.61 percent in comparison to $1052.950 million earned through the provision of services during the corresponding period of the fiscal year 2019-20, the Pakistan Bureau of Statistics (PBS) reported.

During the period under review, the export of information services also increased by 72.99 percent by going up from $ 1.740 million to $3.010 million. 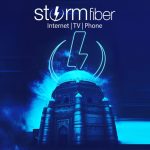