India’s proposed rules could end freedom of speech and privacy 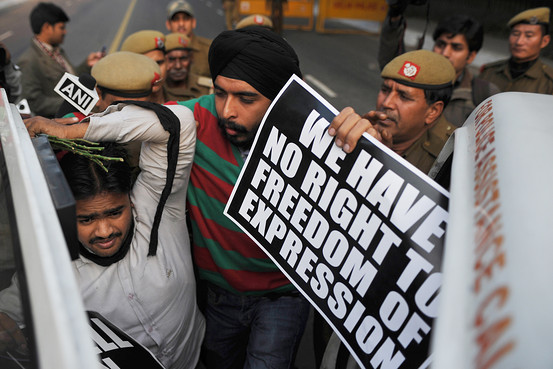 India is now debating on “intermediary guidelines”, a new set of rules that might change the face of the internet. The new rules are aimed at regulating the spread of fake news and misinformation. While noble in cause, many believe it to be Government’s way of limiting freedom of speech.

The laws will also require social media services to share encrypted messages with the government if they are asked to do so. Platforms will be required to store all communication for a period of 180 days for investigations that might require such information.

Social media services will also be required to trace the origin of a message if the government asks them to do so. They will have 72 hours to report the source.

Finally, every social network with over five million users will appoint a nodal officer. The officer should be available 24/7 to entertain any government request.

The policies are motivated by fears of spreading fake news amid general elections in May.

Civil rights activists have called the rules as nothing more than efforts to increase surveillance. Many people fear that such laws could snatch their freedom of speech.

The IT ministry responded to such claims on twitter saying, “This is not an effort to curb freedom of speech, or (impose) censorship,”

Mozilla Corp, the company behind Firefox, claimed that the new laws were “blunt and disproportionate”. They believe that new laws could result in over-censorship of content.

The issue has become more serious as India is a huge market. With over 300 million Facebook users and 200 million Whatsapp users, it is hard to ignore the Indian market. But if these companies decide to give up end to end encryption, a snowball effect could be triggered by countries around the globe implementing similar policies.

Pakistan’s approach is better and worse

People can use the following SOPs developed by PTA to lodge complains pertaining to anti-state, anti-judiciary content, blasphemous content.

PTA has many URLs and has now developed an understanding with social media websites like Facebook. It says they will remove content that does not meet CVD requirements.

PTA’s approach is better in a sense that people can file complaints and not governments. It also does not breach user privacy or asks for encrypted data.

The downside is that such policy cannot mitigate the spread through encrypted services like WhatsApp. As these services are used regularly by masses, failure to regulate them will still result in the prevalence of unlawful and fake news.

We should also not forget how journalists are complaining against unspoken censorship. In fact, journalists now term it as self-censorship, where they themselves censor the news to ensure a hassle-free content delivery.

Pakistan was previously revealed as the number one country in requests made for content censorship requests made to Facebook. It made over 2000 requests. Obstruction of freedom of speech is evident on both sides of the border. While the neighbors intend to achieve similar goals, the roads are different. Only time will tell how bumpy each road is.