Pakistan Advertiser’s Society has released the annual Social Marketing Report of Pakistan in the form of an infographic made by Zeesocial using data from Social Bakers. The infographic indicates promising results for the online brands and Telecom industry in 2014. Additionally, there has been an increase in the social media activity offering tremendous opportunity for brands to convert their fans to customers.

Facebook gained about 6 million active Pakistani users by the end of 2014 when the year only started with 11.6 million users. Twitter, on the other hand, is also gaining acceptance but it is mostly being used by celebrities, media figures and heavy-weight brands.

The Electronics Industry has grown to 5 million users making a total of 17 million after the Fashion and Beauty Industry.
The Telecom Industry took a huge leap in 2014 with the launch of 3G/4G services and created even more competition between few players in the country.

Mobilink overtook Ufone on social media growth with 2.5 million fans ruled Twitter with 255k followers and 33k interactions. Djuice won the list of the highest ‘answered questions minus the unanswered questions’ followed by Mobilink, Zong, Telenor and Warid Pakistan. Altogether, Telecom dominated the Twitter which proved to be a great marketing strategy for the industry.

See below which other brands and industries were able to gain attention from Pakistanis. 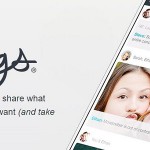 Strings Can Delete Embarrassing Texts From The Recipient’s Mobile