It’s no surprise that 2018 was a tough year for cryptocurrencies especially Bitcoin. On 7th January, 2018, 1 Bitcoin was worth USD 16,174.22 and now it has depreciated massively to USD 4040.99. Chris Burniske who happens to a partner at Placeholder Venture Capital, a firm which invests in decentralized information networks, said via Twitter that the mainstream have almost “entirely” forgotten Bitcoin.

You can see the tweet thread below in which he explains his views:

The mainstream has almost entirely forgotten about #bitcoin again.

I don’t say this to dishearten us. Quite the opposite.

We remain in the “installation phase” of #crypto (image: https://t.co/8oOws39TaS), where the primary users are developers & investors.

There is so much left to build and promise to be realized, which is massively exciting! pic.twitter.com/9pfy5MmJ1k

Now there are many tech evangelists who wouldn’t agree with Chris regarding the “promise” that is left to be realized but it is true that cryptocurrencies are in there infancy. The concept of Blockchain gained popularity because of Bitcoin and now almost every technology company is using it in one way or another.

Chris believes however that many people are slowly getting the idea about what cryptocurrency is actually about and most likely there will be a paradigm shift towards the deployment phase where there will be a synergy of wide spread applications using crypto, just like the World Wide Web in 2000.

Do you think Bitcoin will see another surge in pricing this year? Let us know in the comments below. 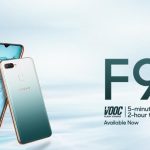