Apple fans around the world have been anticipating the release of iPhone 14, however ‘Ming-Chi Kuo’ an Apple analyst says that the phone is experiencing a coating crack quality issue. According to the analyst the coating crack was to be used in the rear camera’s of the phone, however now with it being faulty, the tech giant has been facing production issues.

This coating crack issue is proving to be dangerous for the company, because it can affect the estimated shipment time for iPhone 14, which is expected to be in the markets from this fall. With the issue being so crucial, Apple has brought in another supplier for its coating; this time its a Taiwan based company named ‘Largan’, which will assist the tech giant with iPhone 14’s camera lenses.

In his Tweet, Ming-Chi Kuo stated that “Apple had transferred about 10 million lens orders to Largan from Genius to avoid affecting iPhone 14 shipments”. This means that the tech giant has currently stopped buying lens coating from ‘Genius’ and will stop it altogether if the Genius does not find a solution to its coating crack quality issue.

While highlighting another problem in iPhone 14 manufacturing, Kuo wrote that a number of different panel and memory suppliers are experiencing component shortages, however he said that this problem will easily be solved since Apple brought in a long list of suppliers to fill in the component gap.

“I have learned that recently some iPhone 14 panel and memory suppliers have experienced supply issues”, however indicating little to no impact he added that “other suppliers can fill the supply gap.”

Despite facing a number of production issues, Apple is trying its best to keep up pace and manufacture and deliver the iPhone 14 by its estimated time. The iPhone 14, once in for sale, is expected to beat the iPhone 13 in sales thus beating its record revenue of $448 billion. 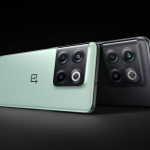 OnePlus 10T; Everything you need to know about 10T Mobile Phone