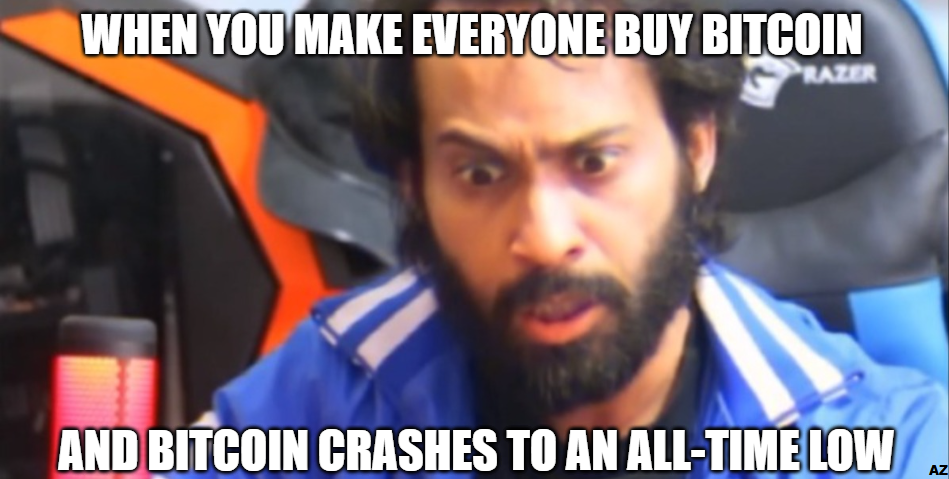 A good number of people who wanted to make a “quick buck” had put their life’s savings into purchasing Bitcoin and said “Amen” to the word of the KPK-government-approved Crypto expert while also paying $10 to join his group for the so-called “trading signals”. However, soon after Bitcoin came crashing down to its lowest value in years, investors who had reached the brink of bankruptcy due to their heavy losses were dismissed by Waqar Zaka for “not having a similar bank balance as him”.

In other words, unless you have a substantial bank balance, you must back off and speak up against him only once you can match his financial status. It makes one wonder about the glaring hypocrisy: He had no issue receiving millions from thousands of group members, 52,800 to be precise, irrespective of their financial status, but now that push has come to shove, they don’t have a right to question him if they belong to lower and middle-income backgrounds.

Bitcoin plunged 30% to near $30,000 at one point on Wednesday, continuing a major sell-off in the cryptocurrency markets that began a week ago, while nosediving another 13% on Sunday, dropping to around $31,227. The latest bearish trend left the world’s top cryptocurrency down over 50% from its mid-April peak.

Fears of China’s crackdown on cryptocurrencies, along with the potential regulations in the United States and controversial statements from Tesla CEO Elon Musk, have all contributed to Bitcoin’s rapid downfall. The sharp drop means bitcoin had temporarily erased all its gains following Tesla’s announcement that it would purchase $1.5 billion worth of cryptocurrency. It was also down more than 50% since hitting a record high of $64,829 in mid-April.

In the chart you see at what price level each of the total 18.7M BTC was last moved.

Waqar Zaka’s persona as a former celebrity notorious among youth for stunts and dares helped him cement his status as the “go-to” authority for crypto-currency and the face of the crypto trading community in Pakistan.

From hinting that politicians are buying Bitcoin to posting random stories of investors who made it big, Waqar Zaka was very creative at promoting his new business of educating and helping people invest in Bitcoin. He even claimed to rid Pakistan of its debt through Bitcoin investments and asked PM Imran to resign if he succeeds. And, it worked!

And then there were the free tips that had the potential to make people millionaires in a year.

Apparently, there were a bunch of Bitcoin millionaires too, who were thinking of relocating to Singapore.

Thousands flocked to his group and took each word coming out of him as the gospel of truth, with some even offering him his money so he can trade on their behalf.

Waqar Zaka surely went to great lengths to convince the government and hence the people to invest in crypto.

Sir @ImranKhanPTI the next pump of Bitcoin will be in few months , I have been requesting & trying to convince you since 2018 , Let ppl link their bank accounts to buy sell crypto, rest , it’s their Naseeb if they face losses or become millionaires @shaukat_tarin

Some refused to be a part of the frenzy, though:

Many were quick to blame Waqar Zaka for luring Pakistanis particularly  financially inexperiened youth into investing in a cryptocurrency that has increasingly been considered too volatile, tough to value and lacking transparency by leading financial institutions. But, is he really responsible?

If a single @elonmusk tweet can have so much influence over the price of #Bitcoin how can anyone seriously consider it to be money? How can Bitcoin be a safe-haven asset if a one-word tweet puts it at risk? It should be clear by now that buying Bitcoin is gambling, not investing.

The short answer? He is NOT!

The long answer: Investors did what they did of their own volition and should have known better. Waqar Zaka might be a man of many controversies, but he is not in the wrong here regardless of how much his antics irritate you.

At what point did people decide it was a good idea to take financial advice from Waqar Zaka? I think they might've taken 'living on edge' a little too literally.

It was pretty evident.

At one point, Zaka was telling everyone to “learn” GPT-3 because AI is going to replace C++ programmers”, that is before the peak of his infatuation with legalizing cryptocurrency before jumping on the Bitcoin bandwagon. Waqar Zaka has promoted quite a few trends based on “whatever sells”, hence not holding any solid credibility on a single subject matter except creating shows like LOTE.

Bigger than bitcoin, its #GPT3 , I request every Pakistani to understand this before its too late, GPT-3 will create a competition which will allow only the best to survive and rest will either try to BAN it to or put Fatwa that its haram like Turk did in case of Printing Press.

Firstly, for whatever it’s worth, Zaka did warn about the crash beforehand, albeit the relentless shorting of Bitcoin was pretty evident considering Musk’s tweets to cease accepting Bitcoin and China’s regulations.

Secondly. he had time and again raised awareness of the crypto’s volatility and potential downfalls among his followers, so the people joining his group and trading Bitcoins knew exactly what they were doing.

He also explicitly asked people not to request him to invest on their behalf since that’s a crime.

All Zaka did was, impart crypto education and financial analysis through his group and charge for it – neither a crime nor unethical. Making the investments was up to the people entirely. They cannot blame the consequences arising out of the investment decisions on a third person, even if that person is the only reason they were tempted towards cryptocurrency. So far as Waqar Zaka’s credibility as a Cryptocurrency professional is concerned, it’s undeniably debatable. 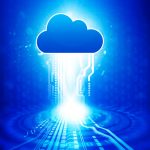