In a move that Nayatel co-founder and CEO Wahaj Siraj calls the “worst harassment”, the Federal Board of Revenue (FBR) sealed Jazz’s offices due to unpaid tax amounting to PKR 25 billion. Siraj and Jazz CEO Aamir Hafeez Ibrahim took to Twitter to lash out at the FBR and its recent actions.

The order to seal the premises of Jazz’s head office in F-8, Islamabad was given under the income tax ordinance 2001 with Section 48 of the Sales Tax Act. The act of shutting down Jazz’s office came as a shock not only to the telecom company itself, but to the public as well since this is relatively unheard of when a company of such stature and scale is concerned.

“I want to give an update on the events from the last few days,” said Mr. Hafeez Ibrahim as he began his impassioned response on Twitter to the FBR’s controversial decision.

Calling the FBR’s choice of action “coercive and unfortunate”, he expressed his disappointment at an act that was bound to portray a false and negative image of the company to investors.

“It distorts the truth and shatters investor confidence. This has to do only with an adverse order passed by the appellate tribunal and is not related to customers – withholding tax, GST,” the Jazz executive tweeted.

He also took the opportunity to highlight that Jazz couldn’t be treated like a bunch of criminals and extortionists, and it was not the appropriate course of action for a company that had been an immense contributor to Pakistan’s core economy for two and a half decades now.

“Seizing an office may be an appropriate response for criminals and extortionists, but not for a company that has served Pakistan’s core economy for over two and a half decades, having seen several political cycles,” he expressed.

Meanwhile, Nayatel CEO Wahaj Siraj termed it a “shameful act” from the FBR, and took to Twitter on World Internet Day to express his disappointment as well. 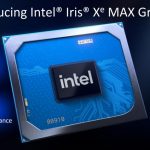