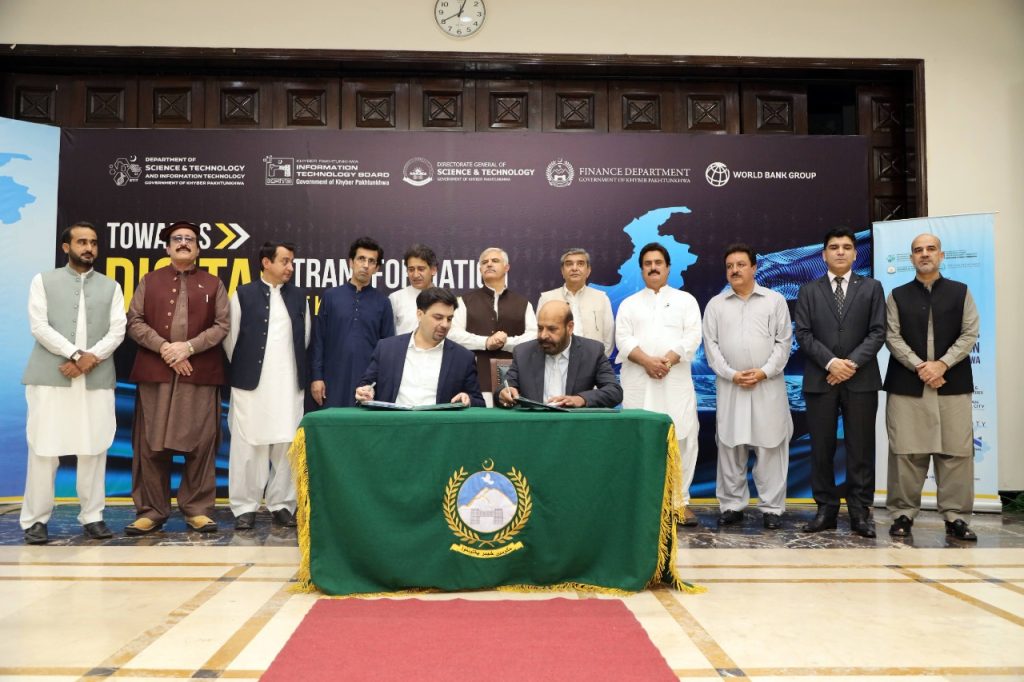 When we think of a digitally enabled government, usually Khyber Pakhtunkwa may not be the first province that we think of. However, slowly and gradually, it has prepared itself to transition into the next level of digital governance while also taking significant strides towards burgeoning its digital economy. It has a workable roadmap for digital governance which addresses the core components of any such framework and it is emphasizing heavily on developing the skills of its youth to prepare a competitive workforce of the future. Whether we analyze its roadmap in the local context or a global context (using the best practices and indicators), it represents a plausible plan that can be made to work, and that is exactly what the Khyber Pakhtunkhwa Information Technology Board (KPITB), lead by a dynamic Minister, Atif Khan is following.

On 29th June 2022, at a ceremony held in the Chief Minister’s House in Khyber Pakhtunkhwa, five agreements were signed that were lauded not only by the Chief Minister, but also by the stakeholders from various sectors who attended the ceremony.

The first agreement that was signed was on the Paperless Government Initiative. The Paperless Government project is a major step towards Digital Governance in the province of Khyber Pakhtunkhwa and a first of its kind project in Pakistan.  Under this project, extensive Business Process Review exercise has already been carried out and 170 processes have been identified for digitalization. A Document Workflow Management System (DWMS) will be developed to make the communication and the file system exchanged within the Government Departments and among Government Departments paperless. The implementation of this project will certainly ensure improved transparency in the way the Government conducts its business, improve efficiency, and ensure better accountability. This project will be for all the 32 administrative departments of the KP Government and the respective attached formations. The project is a culmination of joint efforts of the KPITB, Finance Department, and the World Bank. The initiative will help minimize the use of paper and hence beneficial for the environment.  It will save significant time and therefore, reduce the overall number of hours utilized in conducting government business. The Dubai Government in December 2021 claimed to become the world’s first paperless government[1]. With the execution of the paperless initiative which will begin in July 2022, KP Government can easily become the 2nd Government to adopt a paperless environment in its true sense.

The document workflow management system will be developed by Netsol Technologies which is a renowned company in the IT Sector of Pakistan.

The second agreement was signed by KPITB with National Logistics Cell (NLC) to establish the first STZ of Khyber Pakhtunkhwa and the first purpose built STZ of Pakistan, in Haripur by the name of Pakistan Digital City. The direct, indirect, and induced job creation is estimated to be up to 20,000 and contribution to the economy is expected to be around 150 million USD once it is fully populated. The project was hailed as an important one to add value to the digital economy of the country in a number of ways and help increase ICT exports.

Launch of Nanodegree Programs with Udacity

The third agreement was signed by KPITB with Udacity which is a market leader in provision of competitive market ready digital skills through its nanodegree program which has wide acceptability in the industry. The program will kick off in July 2022, and it is aimed by imparting high quality skills to the youth. This is the first time in Pakistan that Udacity will be offering its program in collaboration with a government entity. During the ceremony, the CEO of Udacity, through his video message, expressed his excitement to start the program in collaboration with KPITB and mentioned the success stories of partnerships with other Governments.

An important aspect of a digital governance framework is the Government to Citizen (G2C) facing services which can be made better through the use of technology. KPTIB signed the fourth agreement with NADRA to establish citizen facilitation centers in Khyber Pakhunkhwa while already underdoing the digitalization of more than 30 citizen facing services. Once digitalized, the services will be offered through a single integrated platform (web based and mobile application), and under one roof in the physical citizen facilitation spaces throughout the province.

Establishment of a Science Museum in Khyber Pakhtunkhwa

The fifth agreement was signed between the Directorate of Science and Technology (DOST) and GSK Consultants to establish a state-of-the-art science museum in the Province of Khyber Pakhtunkhwa which will play an important role in promoting the science and technology sector in the province and enable the youth to take interest and explore the many possibilities using technology.

Apart from the agreements signed in the ceremony, the Khyber Pakhtunkhwa in its budget for the next financial year of 2022-23 has allocated 5 billion PKR to upskill more than 100, 000 youth in the province. This makes it the biggest upskilling program in Pakistan and if executed properly, Khyber Pakhtunkhwa can very well take a lead in preparing a workforce of the future that is market ready and able to tap into online markets, start their own digital enterprises or able to find jobs with some of the top employers from around the world.

While speaking to the audience during the ceremony, both the Secretary ST&IT and the Minister ST&IT talked about how the initiatives will prove to be a turning point for the province of Khyber Pakhtunkhwa in many different ways. 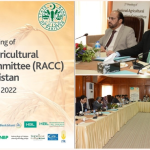