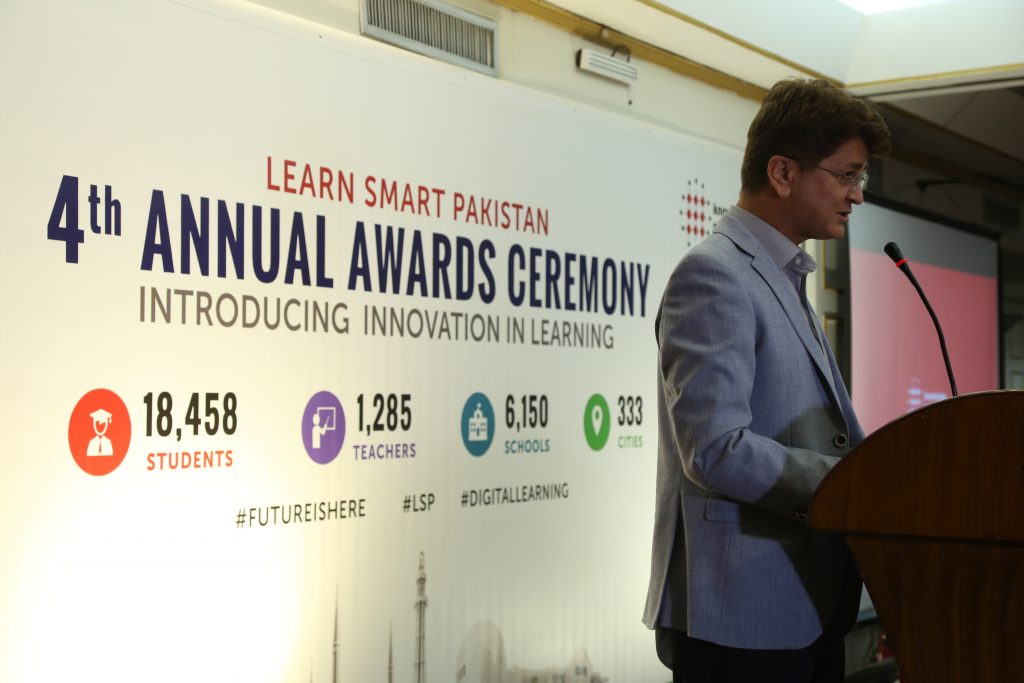 Knowledge Platform held its 4th annual awards ceremony for the Learn Smart Pakistan (LSP) 2017 challenges over the past weekend at Hotel Margala, Islamabad.

Learn Smart Pakistan is a non-profit initiative which was first launched in 2014 with the aim to provide free quality education using state-of-the-art learning platform. The digital platform which targets teachers and students from grades 6 to 12 offers a variety of educational material and virtual practice challenges structured on the Pakistani board exams.

The closing keynote was delivered by the guest speaker, Hasnat Qureshi, who stressed the importance of using ICT tools for learning. He said “In this day and age it’s indispensable to learn fast so we need to keep up with technological advancements. Learn Smart Pakistan is one such platform that puts you at the forefront of learning.”

This year’s award ceremony acknowledged 64 winners and 28 runners-up from 2017’s summer, fall and winter challenges. The winners were awarded tablets, whereas the runners up were given ‘Shields of Recognition’ for their participation. While most of the winners and runners up belonged to major cities like Islamabad, Rawalpindi, Lahore, Multan and Karachi, 17 of them were from remote areas, such as Chakwal, Sobhodero, Bahawalpur, Sheikhupura and Khairpur.

As far as the detailed statistics from this year are concerned, a total of 19,743 people participated in the competitions – more than double the number from the previous year. A geographic distribution shows that 5357 of the total participants were from the Federal Capital Territory area, 8004 were from Punjab, 4252 were from Sindh, 1721 were from Khyber Pakhtunkhwa and 233 were from Balochistan. 88 people from Azad Jammu & Kashmir, 78 from Gilgit-Baltistan and 10 from FATA also took part in the competitions. 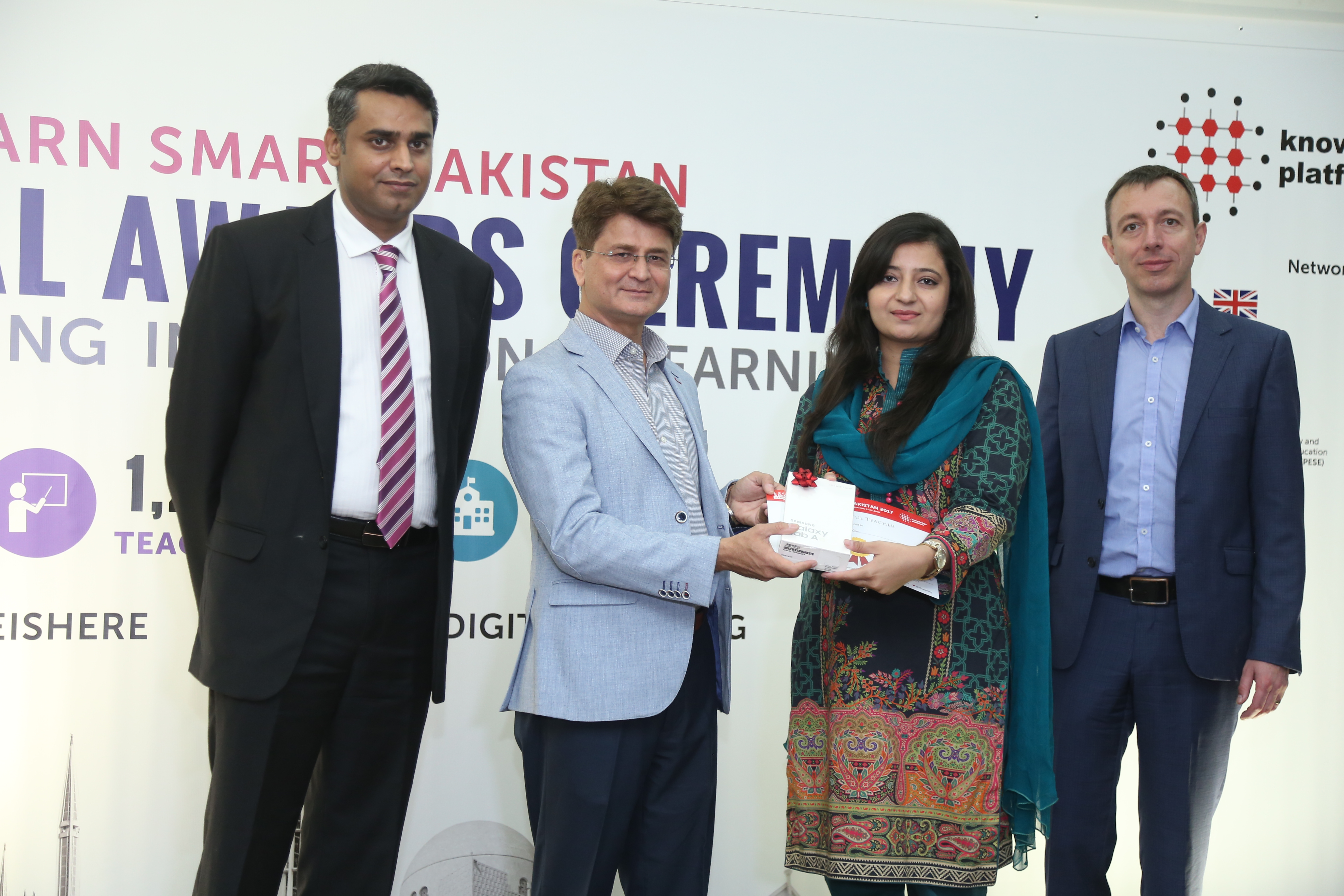 While talking about the applicability of LSP, Dua Kashif, a grade 10 student who won the Grade 10 Summer Challenge last year, told TechJuice that the program quickly made its way into her daily lifestyle because of its convenience to use and because of the knowledge which it offered so intuitively. Seeing her performance, Dua’s parents also seemed pretty satisfied with the program and wanted the rest of their children to benefit from this initiative.

One session was also dedicated to the speech of Talhah Munir Khan, the Country Head of Knowledge Platform, who talked about the future of education in Pakistan and the value of innovation in teaching and learning in today’s day and age.

Following the speeches from participants, names of the winners for the Highest Proficiency awards were announced. Seeing students from all over Pakistan and across the socio-economic spectrum standing up on stage together was heart-warming and a true depiction of what educational equality can achieve.

After the awards were distributed, Hamdah Tahir, who joined the platform in 2015 and has used it to prepare for her board exams every year since, spoke about her experience with LSP. She said, “LSP is playing its part to promote quality education in Pakistan. It has been successful in capturing the interest of every student as it makes studying seem more fun.”

LSP’s development team has been working tirelessly since its inception in 2014. New updates are rolled out every few months and the content library is constantly being expanded, among other modifications to improve the overall user experience. In fact, LSP is set to undergo a major revamp this summer that will make it an invaluable supplementary source for students and transform the way students participate in challenges.

Knowledge Platform is a learning innovation company that provides learning solutions for in-class use. Its renowned learning solution, Ultrabot, has received national as well as global acclaim. In January 2014, the Knowledge Platform was awarded a gold prize for “Best Advance in Unique Learning Technology” and silver prize for “Best Advance in Social Learning Technology” at the prestigious Brandon Hall Awards. Later in September that year, Knowledge Platform won the Ilm Apps Challenge Award sponsored by the Department for International Development (DFID-UKAid). 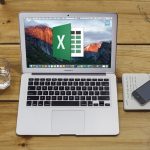