LG G8X ThinkQ is not your traditional foldable smartphone 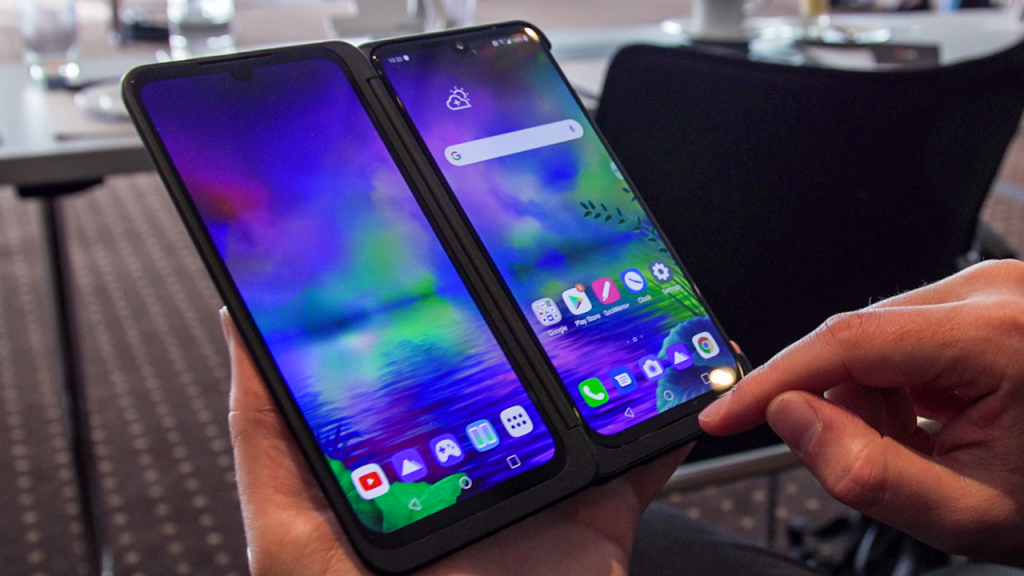 LG has announced new G8X ThinkQ dual screen phone to give competition to the foldable phones of Huawei and Samsung. G8X ThinkQ is not exactly like the other foldable phones as it comes with a case which gives the two screens some flexibility.

Foldable smartphones are becoming the future trend as every other mobile phone is trying to become part of this next big segment. Samsung has released its foldable earlier this year and Mate X is supposed to come out in the coming month.

The G8X ThinkQ has a similar setup to the LG V50 came earlier this year. You can buy the phone on its own, but LG is really pushing the Dual Display accessory to go along with it.

The secondary display has exact the same features as the G8X with notch and all. It might not have the allure of a foldable phone, but having the displays joined at the hip by a 360-degree hinge could help the G8X avoid the Galaxy Fold’s issues.

If you attach the second display, LG offers several features to take advantage of the dual-display configuration. Navigation+ keeps Google Maps open on one screen and whatever you want on the second screen, it also has the Extended View which lets you use the same app on the two screens. LG’s web browser uses the two screens, while the company’s software keyboard can take up the entire second screen and lets you fully use the top screen.

The G8X itself has a 6.4-inch AMOLED display with a Full HD+ (2,220 x 1,080) resolution. The secondary screen connects over USB-C, it is now the same size as the phone’s primary 6.4-inch FHD+ display so they look like a more natural pair. The hinge is much improved and offers full 360-degree tilt freedom with good firmness. On the outside of the case, there is a small 2.1-inch screen for time and notifications.

The phone ditches the motion control gimmicks of the G8. The G8X ThinkQ has the Snapdragon 855 with Android 9.0 Pie with LG UX, internal storage of 128GB and RAM of 6GB. It comes with an in-display fingerprint scanner and 4,000mAh battery with Fast Charge 4.0 and supports wireless charging.

LG has not announced the price of the phone yet but it is expected to come with a price tag of $800 (130,000 Pakistani Rupees). 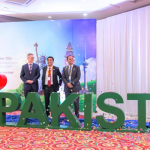