Microsoft has announced its latest midrange smartphones options at Mobile World Congress 2015. Lumia 640 and Lumia 640 XL are this year’s replacements for the ageing Lumia 630 and Lumia 635 from last year. Both smartphones share the core hardware with the only stark differences limited to camera technology and the screen size.

Both the Lumia 640 and 640 XL have similar core specifications as well: a Qualcomm Snapdragon 400 chipset coupled with Quad-core 1.2 GHz Cortex-A7 CPU, Adreno 305 GPU, 1 GB of RAM, and 8 GB or ROM which is expandable thanks to the microSD card support of up to 128 GB capacity.

Apart from the screen, cameras are the only department where the two smartphones differ. The camera of Lumia 640 is pretty standard: 8 MP with 1/4” sensor and LED flash. The front cam is just 1 MP, which barely cuts it for most essential video-calling needs. Lumia 640 XL, on the other hand, is more considerate for photography needs of the users. It has a 13 MP primary shooter with a sensor size of 1/3”, and Carl Zeiss optics to boot. Autofocus, LED flash, and 1080p video recording complete the package for almost all types of photo- and video-taking requirements. The secondary cam is an ample 5 MP, capable of taking better photos and 1080p videos. 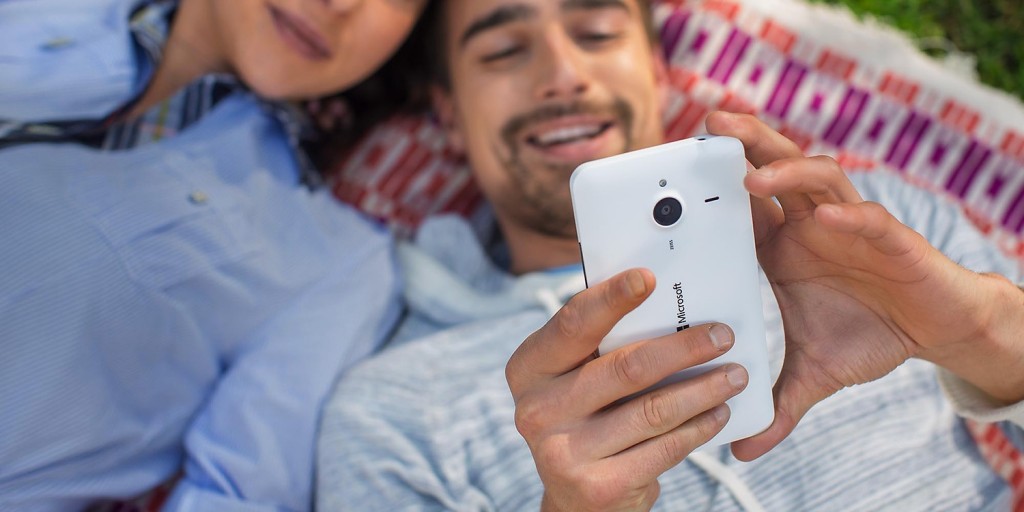 On the software side, both the smartphones run Windows 8.1’s latest Lumia Denim release out of the box. Standard Windows and Lumia apps like Cortana, Lumia Refocus, and HERE Maps come bundled with the software. The battery capacities of the handsets are 2,500 for Lumia 640 and 3,000 mAh for the Lumia 640 XL.

Here’s a comparison chart of the major specifications of the two smartphones: 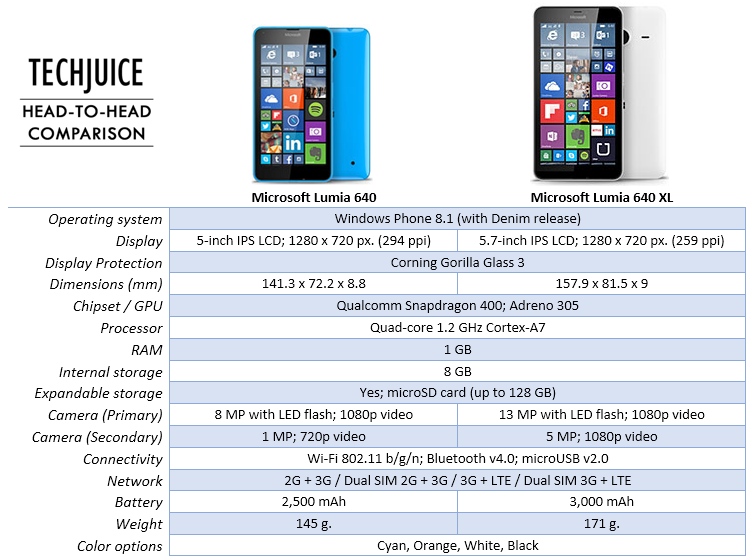 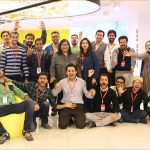