At 24, Shafiqa Iqbal, a Sadiqabad native who worked as a data engineer in Lahore, was employed by Google through Linkedin. Currently, she is employed at the Google office in Warsaw, Poland.

Shafiqa, a Punjab University graduate, was participating in open sourced projects like blogging about data engineering while working as a data engineer, which is a booming field globally.
She worked as a top-rated seller at Upwork while representing Pakistan as the Global Ambassador of Women in Tech. She had backend development, database migrations and development, ETL pipelines, cloud solutions, and logical programming expertise. She previously worked by creating and distributing scalable solutions for businesses worldwide.

Prior to a LinkedIn message from Google, she had roughly 2.5 years of experience. Google ultimately hired her after a rigorous interview process, and she was given the opportunity to work in Google Poland’s Warsaw office.

In an interview with prominent Pakistani YouTuber Junaid Akram aka GanjiSwag, who visited Shafiqa’s Google office in Warsaw, Poland, Shafiqa claims that firms like Google and Facebook value open source work. Furthermore, she claimed that while there is a massive amount of youth potential in Pakistan, people are unaware of the recruiting process because Google doesn’t have a physical presence there, such as an office.

Shafiqa said that graduates from other nations already have a goal to get employed by Big Five Firms and begin preparing for competitions and internships as soon as they graduate. That is why Pakistan falls behind in getting hired by top companies like Google.

Shafiqa also stated her desire to be self-sufficient, so she picked the field and fought her way up to find herself in a top-tier business like Google.

With the help of the exposure she is now gaining from working at Google’s Poland Office, Shafiqa intends to make Pakistan proud in the future by succeeding in her profession and pursuing opportunities with other prestigious tech firms.

In addition to being a Google employee, Shafiqa regularly contributes to Medium.com and has also been a speaker at the Google DevFest 2021. 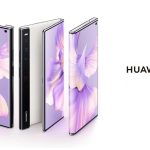