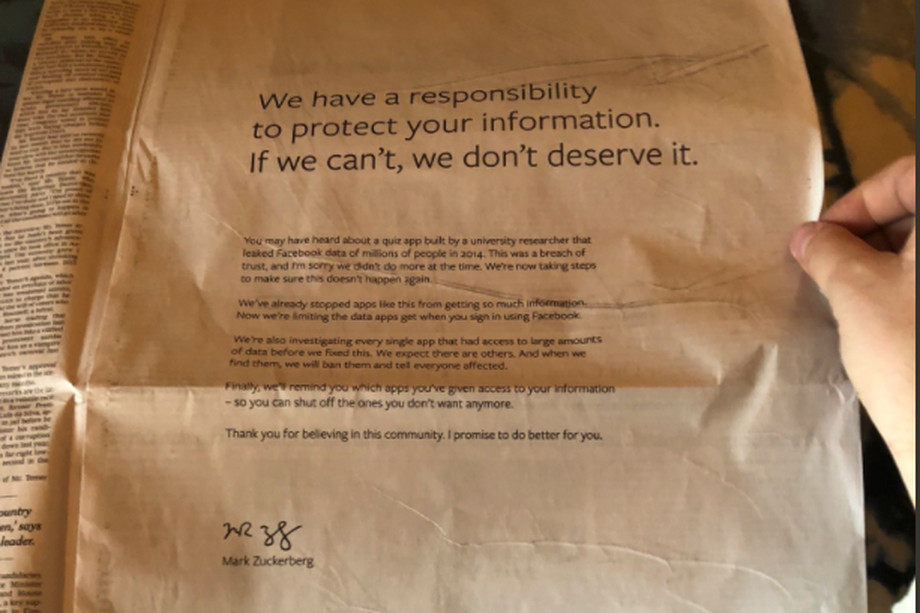 The Founder and CEO Facebook has published full-page advertisements in several leading newspapers of UK and US, apologizing for the data privacy glitch that was found in the Cambridge Analytica case.

Following the backash because of the Cambridge Analytica scandal that went viral recently, Facebook has apologized to the general public in full-page newspaper advertisements undersigned by Mark. Through the advertisements that were published in the leading newspapers and journals across UK and US, the company has acknowledged that a ‘breach of trust’ had certainly happened and that steps were being taken to avoid these incidents in future.

“You may have heard about a quiz app built by a university researcher that leaked Facebook data of millions of people in 2014,” read the advertisement. “This was a breach of trust, and I’m sorry we didn’t do more at the time. We’re now taking steps to ensure this doesn’t happen again”, the ad continued.

The advertisements were bought in UK’s The Observer, The Sunday Times, Mail on Sunday, Sunday Mirror, Sunday Express and Sunday Telegraph, and in the USA based dailies American newspapers The New York Times, Washington Post and Wall Street Journal.

The immense backlash against Facebook started last week over data privacy concerns. It was brought forward that Facebook had allegedly allowed a political consulting firm to utilize the private data of as much as 50 million of its users. Ever since then, the company lost $60 Billion value in just 48 hours, while Mark Zuckerberg’s own net worth went down by $9 billion. In response to the #deletefacebook that became trending soon afterward, Elon Musk also deleted the Facebook pages for Tesla and SpaceX.

Featured Image Via The Verge 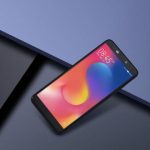