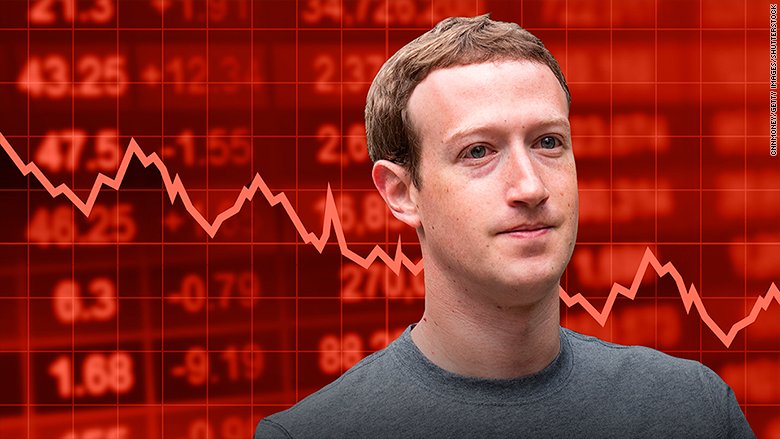 Facebook is under a lot of fire due to the data breach controversy that the information of 50 million Facebook accounts was illegally shared reportedly for the political purposes during the 2016 USA elections.

To add more fuel to the fire, WhatsApp co-founder recently tweeted a rather disruptive statement about deleting Facebook that for sure caused a havoc and let the world think that if “it is time”? Hence, all this heat has led Facebook to lose $60 billion of its value in the time period of just 48 hours.

Now, of course, the social media company is not the only one that got affected by the whole matter, the well-known founder and CEO Facebook, Mark Zuckerberg is also onboard the same ship of downfall, as Mark’s net worth is particularly dependent on the performance of the social media giant shares.

On Monday, Mark lost $5 billion in a matter of hours and then, the loss added $4 billion more making it a total of $9 billion and plunging the CEO’s net worth down to the $66 billion from the $75 billion estimate on Friday when stock markets got closed.

However, at the time of writing the founder’s net worth has added $3.6 billion to its amount and is currently at $69.6 billion.

All in all, this is indeed a very tough situation for the social media company and Mark Zuckerberg. The data breach it has faced is reportedly the biggest one yet in the history of Facebook. From the speculations and the state of investigations going on, it seems that Facebook is likely to take a more of beating in terms of its stock value.

Moreover, if it is proved that Facebook did violate the 2011 consent decree that requires user permission and knowledge for the data to be shared. Then, even the company’s future could be at stake.

Has the time really come for Facebook to pack its bag? What do you think? Let us know down in the comments.

For more on this matter, keep following TechJuice.