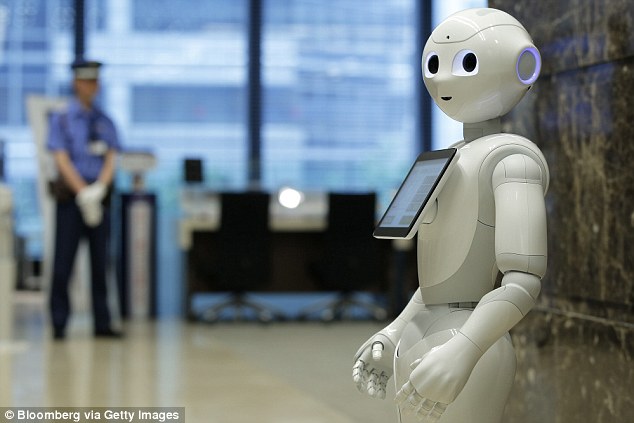 This might be the beginning of robotic takeover of retail banking.

Pepper is a friendly robot that works at HSBC’s main branch on Fifth Avenue in Manhattan. The Japanese telecoms giant SoftBank and French Robotics firm Aldebaran SAS came up with the ingenious robot. Pepper stands four feet and identifies faces and recognizes emotions. It can respond through voice and by showing messages on her tablet which is mounted on her torso. It also enables to be programmed with data according to its workplace. This allows it to offer exceptional experiences for those who interact with it.

Pepper performs routine tasks at the bank such as providing visitors with information about financial offerings at the bank. Pepper also asks questions from visitors at the bank and then directs them to the concerning staff member.
HSBC assured that Pepper will pose for selfies and will also entertain visitors by dancing and telling jokes. With the advancement of technology, we can anticipate Pepper to be more efficient in its performance.

Pepper was launched in 2015 and over a span of three years, Pepper has shown up at many places. Pepper has welcomed people at the airport, helped at Pizza Hut and has also gone a bit spiritual by hanging out with Buddhists as a Buddhist priest.

Well, there is a robot in Multan that brings pizza to the table of diners. Ever been there?