Good news for the maker community and hardware tinkerers! Microsoft announced Windows 10 IoT Core for low-cost, small footprint devices such as Arduino, Rasberry Pi, Intel’s MinnowBoard Max and Hackster.IO on its official blog on Wednesday. The new Windows 10 edition is available for free to makers, developers and commercial device builders. It is clear that Microsoft wants to rule Internet of Things (IoT) era; an idea that is gaining momentum among hardware enthusiasts around the world.

Microsoft has extended partnership with open-source hardware community including Arduino and Hackster.IO. Under this partnership, Windows 10 has become the world’s first Arduino-certified operating system. This means that developers can combine the hardware driving capability of Arduino with the software capabilities of Windows 10. Moreover, Microsoft wants to collaborate on Hackathons and technological events with Hackster.IO. to bring Makers towards Windows 10.

The amalgamation of the two most powerful entities in the technological world has opened up a whole new array of open source projects. For example, you can not only control an Arduino camera but also add motion detection and face/voice recognition without using any expensive hardware. The access of advanced technology to every person regardless of their education or skill level makes this collaboration mind-blowing.

Get your Maker hat on and start building new products. You can download Windows 10 IoT Core here.

Let us know your opinions in the comment section below. 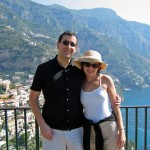