A Microsoft executive wants Mozilla to finally admit that its browser technology has lost against Chromium and should finally adopt it as a standard. All this comes on the sidelines of Microsoft adopting Chromium core for Edge, after many years of using its own technology but finally conceding and moving to it.

Chromium being open-source, allows anyone to build a browser using it as a core. Google has been investing heavily on it and it has a large base of developers regularly making improvements to it. Opera, Vivaldi, Samsung, and Brave are just a few examples who are using it as the core/kernel in their browsers.

Kenneth Auchenberg, who is a manager on Microsoft’s web developer tools team, tweeted regarding Mozilla’s stance to remain independent:

Thought: It’s time for @mozilla to get down from their philosophical ivory tower. The web is dominated by Chromium, if they really *cared* about the web they would be contributing instead of building a parallel universe that’s used by less than 5%?https://t.co/0zi2NCtzb4

While people disagree saying that competition is always necessary, one begs to question if Microsoft and others have conceded in the battle against Chromium, how long will Mozilla be able to sustain considering the fact that it only accounts for 5% percent of the web now?

Do you think Mozilla should shift to the Chromium core or stay independent? 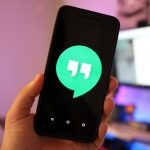