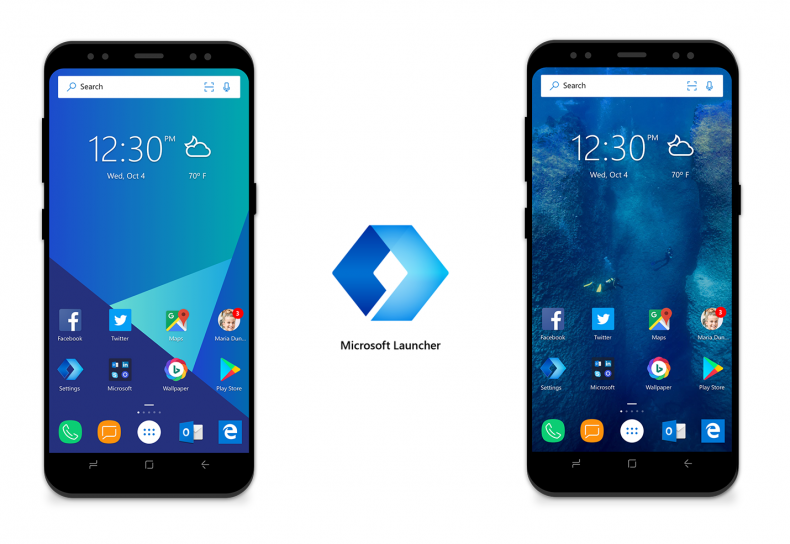 Hot on the heels of Microsoft Edge launch for iOS and Android. Microsoft has made another surprise announcement for Android Users. It is launching ‘Microsoft Launcher’ for Android.

For those who don’t get a ‘launcher’, let’s understand what a launcher is first. Android phones allow users to customise their home screen with the help of applications called ‘launchers’ so when you push the home button of your screen, the interface you see is the launcher. Now the good news is that it can be changed and customized to best suit your mobile phones. And this is what Microsoft has launched, testing version, for Android.

iPhone users! Sorry, you don’t have such capability in your operating system.

Microsoft Launcher can be the new home for your Android phone. Named ‘Microsoft Launcher’ it brings the flagship design of Microsoft platform to an Android mobile screen. We quickly signed up for the testing version and downloaded the launcher. Let’s just say, the launcher is going to be a pleasant surprise for Android users. The smart launcher identifies the trends in your smartphone usages and puts the most important things in front. When connected with Microsoft account, it brings your calendar and emails without a hassle. The design is fluent, customizable and very refreshing.

Microsoft is calling it the most beautiful Android launcher.

You can get access to the preview version of the launcher here.

previous
Microsoft launches Edge browser for iOS & Android but who will use it?
random
next
Tim Cook pays tribute to Steve Jobs on 6th death anniversary
Trending Posts