Microsoft has unveiled its new keyboard which features a hidden fingerprint sensor. The company had been working on this project and after much wait it unveiled it.

The new keyboard is same as its predecessor with just only two changes first it has a “hidden” fingerprint reader and second unlike its predecessor it has an ability to use a cable for a wired connection instead of wireless, however, it can also be used via Bluetooth.

“Much like Apple’s keyboard, the new model has “Chiclet”-style keys and aluminum frame that’s heavy and “virtually indestructible“, Microsoft says.

The company has placed this new key at the right-hand side of the keyboard. Microsoft’s new keyboard will be compatible with Windows 10, MacOS and also with Android OS.

According to the company’s official, the new modern keyboard will be available soon and one can buy it while spending $129.99. The keyboard is surprisingly slim and has a low-profile design. It also has an Aluminium top case.

The company has recently released its new Xbox device named as Xbox one X at this year’s E3 Expo. It is coming with a hefty price tag of $500. The company said at E3 that it is ready to tackle and outpace Sony with its new device.

It is to be noted here that Sony is the largest console selling giant in the gaming industry right now, outpacing XBox with 2-1 sale ratio. 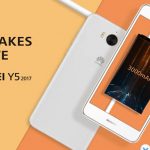