World’s largest computing-chip provider has announced that it will be providing Modern Windows Drivers for its chips from November 2018 onwards.

The new Modern Windows Drivers, also known as Universal Windows Drivers (UWD), will be specifically targeting Windows 10’s Universal Windows Platform (UWP). This basically means that Intel will be using Microsoft’s Universal Windows Platform (UWP) framework for its current and future graphics drivers, which includes single packages that can essentially be installed on any Windows compatible device, let it be a PC, tablet or a 2 in 1 laptop. Users can revert back to the legacy driver, however, Intel advises against this as it would cause system instability. According to Intel the transition will be smooth and emphasizes that there shouldn’t be any impact on the user experience.

According to Microsoft, the reason for this change is to simplify the entire driver-writing process. Since a base driver can be used across all systems that share the hardware part, Microsoft can easily test the base driver with ease though Windows Insider Flights instead of limiting distributions to specific machines. This process is much more effective, quick and can broaden Microsoft’s reach.

These updated drivers bring efficiency in the software management as they include:

The expected graphics controllers that will receive to Modern Windows drivers include: 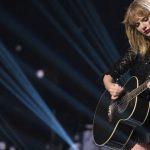