Mobile imports of Pakistan decrease by 7.11 percent in 7 months

The fiscal year (FY) 2017-18 is declared as the most-favorable period for mobile imports as the imports in the country reached over $500 million. However, during this fiscal year 2018-19 the mobile phone imports are slightly lower possibly due to the tax imposed by the government.

Mobile phone imports of Pakistan during the first seven months of the fiscal year 2018-19 decreased by 7.11 percent as compared to the same period of the last fiscal year 2017-18. According to the latest data from Pakistan Bureau of Statistics (PBS), mobile imports of worth $423.818 million were recorded during July-January (2018-19) which shows negative growth as compared to the imports of $456.254 million during July-January (2017-18).

Moreover, the overall imports of telecom sector also observed a decline by 10.58 percent, dropping from the trade of $876.124 million last year to $783.450 million during the current fiscal year, PBS reports. This drastic decline in mobile phone imports also affected year-on-year basis growth. For instance, the mobile phone imports into the country witnessed immense decrease of 25.06 percent in January 2019 when compared to the imports of the same month of the last year.

It must be noted that Pakistan’s overall merchandise trade deficit took a dip of 9.66 percent during July-January (2018-19) as the deficit reduced by over $2 billion to $19.264 billion in the current fiscal period as compared to the deficit of $21.324 billion recorded during the same period of the last FY.

Meanwhile, the overall exports of the country observed significant growth of 2.24 percent and reached up to $13.231 billion during the first seven months of the current fiscal year as compared to the exports of $12.941 billion recorded during last year. 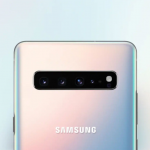