The All Pakistan Mobile Phone Association (Lahore chapter) has announced its support to the association’s protest in Karachi, reports Dawn News. Mobile phone dealers in Lahore have recently held a meeting in which they have decided to start protest demonstrations in Lahore after 48 hours if the government didn’t withdraw its decision of imposing hefty taxes on the unregistered mobile phones.

As we reported last week that mobile phone dealers in Karachi have threatened the government to go on a shutter down strike against FBR and PTA’s strange policies of imposing heavy duties which amount to thrice the cost of the mobile phone itself. Now the association’s Lahore chapter has also come in support to start a campaign to abolish heavy taxes on used/unregistered and PTA non-approved phones.

See Also: This is why you are being charged with enormous tax/duty on mobile phones

It is preeminent to note here that PTA has already been barred to block phones for three months through a High Court’s order as the mobile companies filed a petition to ask for more time to fix the problem regarding IMEI authentication.

Meanwhile, the upcoming agitational movement by mobile phone dealers is in the support of Karachi Traders Action Committee (KATC) which recently held a rally in Karachi to protest against the ‘harsh’ budgetary measures including an increase in taxes and documentation of business activities. Dawn reports that President Karachi Electronic Dealers Association (KEDA), Mohammad Rizwan Irfan, who also attended the rally stated;

“Traders are already paying taxes and ready to pay more. The government is trying to create an impression that traders are cheaters which is totally wrong.”

Moreover, All Pakistan Anjuman-e-Tajran (APAT) have also held a meeting recently and summoned all the presidents representing the traders’ community in Lahore to devise a strategy to compel the government to withdraw its decision of imposing heavy taxes. 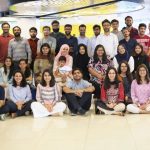