In recent news, Pakistan imported mobile phones worth declined by 6.66 percent which is a decrease to $285.947 million from the previous $306.363 million last year in accordance to the data released by the Pakistan Bureau of Statistics (PBS).

The imports of mobile phones into Pakistan have increased by 39.81 percent during August 2021 and remained up to $166.710 million in comparison to the $119.237 million on a monthly basis according to the PBS data.

However, on a yearly basis, mobile phones witnessed an increase of 5.27 percent when compared to the $158.364 in August 2020. In regards to the overall telecom imports into the country on a monthly basis, the numbers have increased by 31.59 percent during August 2021 and remained $208.57 million when compared to the July 2021 imports which were estimated up to $158.493 million. 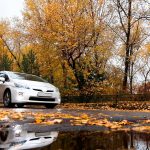