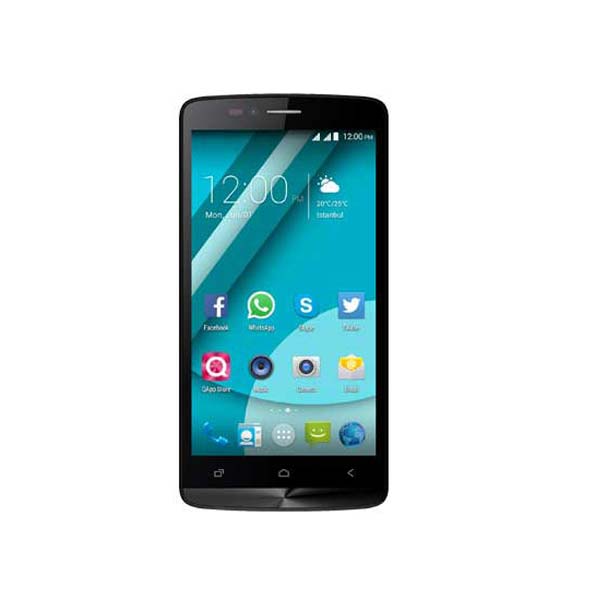 QMobile Noir M95 is one of the phones from the big range of phones from QMobile, which is the biggest Pakistani smartphone manufacturer and is very popular. It is a Quad-core 1.3GHz phone with an affordable price of Rs. 9,699. The phone was released in August, 2015. It comes with a 5MP/2MP camera, which works pretty fine to take average photos, and works for everyday life. The phone comes with a 5.0 inches display with 540×960 resolution. It also has an internal storage of 8 GB. Please review the updated Qmobile Noir M95 price. You can also check qmobile price in Pakistan for other smartphones.

QMobile Noir M95 is a bar type phone, that comes with a display of 5.0 inches, which is easy to use. It’s available in both black and white colors, and makes up for a very decent looking phone. The phone has a front and rear camera, and an LED flash as well. The phone isn’t really sleek when compared with the phones from other companies, but it still looks great with its 143 x 73 x 9.5 mm dimensions.

The screen has three buttons — A Home tab, a Multitasking tab, and a Back tab. It has a multitouch screen. The home screen has few selected apps, and any widget can be dragged to it as per convenience.

QMobile Noir M95 is a dual sim phone and accommodates a Micro Sim. And it also has Proximity, Light, and G-Sensors.

The phone has a 5MP primary camera, and a 2MP secondary camera, which can work fine for the daily use, if one doesn’t need a real good quality photo. It can autofocus, sparing one of the hassles of clicking on the screen to put the phone’s camera on focus. The phone also has geotagging feature as well as touch focus and face detection feature. It can record 720p@30fps videos.

QMobile Noir M95 has a removable Lithium-Ion battery, with standby time of up to 900 hours, and talk time up to approximately 38 hours. This is some good timing, given the fact that a smartphone drains the battery very soon. The battery has a capacity of 4000 mAh. The battery makes the phone a good choice for all who use phone excessively and don’t want to run out of charge so soon.

QMobile Noir M95 has an average speed and can run the apps without lagging much. It has 1GB RAM and runs on Android 4.4.2(KitKat) Operating System. It might not be a good choice for multitasking but doesn’t give much trouble while switching between light applications. It is an overall good phone for its price.