Modern Broadband services will be provided to unserved areas of Balochistan spanning an area of almost 40,000 sq km. The responsibility for this has been taken by the Ministry of Information Technology and Telecommunication and Universal Service Fund (USF).

The Universal Service Fund (USF), a subsidiary of MoIT, has rendered an agreement of Rs 2.3-billion Awaran-Lasbela broadband project, which will cover 12.8% of the area including Dera Bugti, Kharan, Kohistan and Waziristan, according to Tribune.

MoIT enures the availability of accessible, affordable, universal, reliable and high quality ICT services to improve the quality of life of Pakistan’s citizens. Anusha Rehman, Minister of IT and Telecom, says in her message:

“Digitalization is transforming the very paradigm in which development takes place. It is our responsibility that everyone can enjoy its transformative power. We are determined to pass on the benefits of technology to all our citizens equitably and affordably. With our USF arm, we are launching projects worth multibillions to pass on the benefits of telecommunication and broad band services to the underserved and unserved masses. We are fully committed for the proliferation of digitalization in Pakistan and look forward to capitalize the potential of human and technology for a great Pakistan.”

USF works to penetrate broadband and other telecom services throughout the country, especially in the rural areas. USF has already set up many tele-centers across the country which are aimed at providing e-services to remote areas. All licensed telecommunication companies contribute a part of their revenue towards the USF to reach rural and unserved areas.

Large parts of country are still deprived of telecom services despite the immense growth of telecom in recent years. Telecom contributes a lot to the rapid development of country. According to the sources, Anusha Rehman, Minister of IT and Telecom, attended a meeting with USF recently. In the meeting, she reviewed the progress of computer labs and provision of telecom services to low income households. 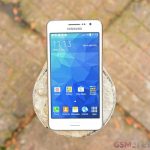