NASA tests its latest Mars Rover in a lava field 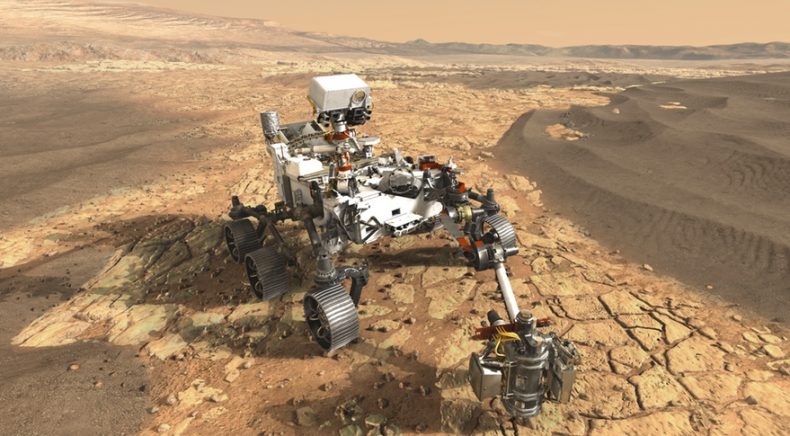 Elon Musk isn’t the only one who harbors a Mars obsession; NASA is all set to send a robot to explore our red neighbor once again in 2020. This means that preparation for the grand mission is well and truly underway, including testing the capabilities of the rover that NASA plans to send to Mars. And of course, what better way to simulate the Martian environment than to use a lava field in Iceland.

We know from previous missions that the Red Planet’s landscape is a tricky one to navigate; there are craters and hills galore. Therefore, NASA decided to ensure that its rover was up to the task of executing Mars 2020 by sending a team of scientists and engineers to Iceland, a country which has enough volcanoes to provide the right kind of environment for the test.

The team opted for a lava field located almost 62 miles from Reykjavik, the capital of Iceland. This stretch of land happens to mirror the conditions that can be expected in Mars thereby making it the ideal rover testing zone. It is worth noting that the robot being tested is a prototype of the Mars 2020 rover, which NASA claims is going to be its best land-based Martian explorer yet.

The prototype hosts a set of battery-powered motors that enable it to achieve speeds of eight inches per second, or 0.5 mph. This is quite a bit faster than any other rovers that NASA has sent to Mars in the past, with the highest maximum speed being a mere 0.08 mph achieved by the Curiosity rover.

In order to make this as fair a test as possible, the prototype was armed with the same instruments and sensors that the actual Mars 2020 rover is going to have. However, it does lack important features like the ability to collect rocks, which is something that the engineers are bound to consider in subsequent tests.