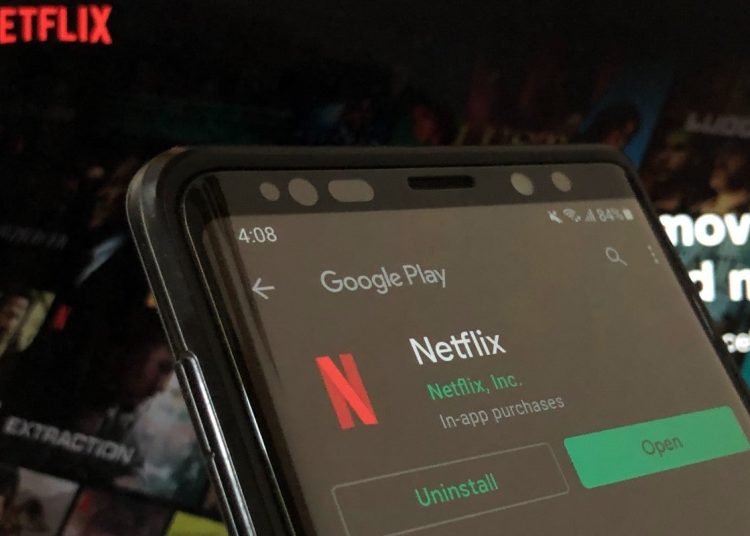 Netflix is seeing a slowdown in new subscriptions as the company puts out fewer shows following a year of delayed productions. The company now has 208 million paid subscribers across the globe, up from 204 million last quarter. While this might seem pretty decent, it’s a substantial decline compared to the rapid growth Netflix saw during the same time period in 2020 when it added four times as many new subscribers.

As noted by Engadget, it’s also fewer subscribers than Netflix had hoped to add. The company believed it would hit 210 million subscribers by the end of the first quarter, but it came in 2 million short. The results were reported in Netflix’s Q1 2021 earnings release. Its stock fell around 10 percent in after-hours trading following the results, speaking to the surprise from investors. 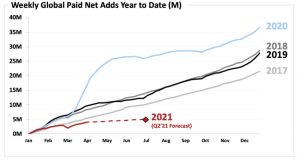 Netflix spends the bulk of its quarterly letter to shareholders explaining why it thinks there’s been such a dramatic slowdown in growth. The root of the problem is the pandemic, Netflix says. The pandemic accelerated subscriptions this time last year when everyone was stuck at home and looking for things to watch. The pandemic also delayed production on shows and movies, leading to what Netflix describes as “a lighter content slate” for the first half of 2021.

Put the two together, and you’ve got the unfavorable comparison of putting a slower quarter up against a blockbuster quarter, which was never going to look good.

The sluggish growth is expected to continue next quarter, with Netflix predicting only 1 million additional subscribers. Last year, it added 10 million during the second quarter.

However, Netflix expects things to turn around later in the year. A “very strong back half slate” — including the return of The Witcher and debut of films with some big stars (The Rock, Leonardo DiCaprio) — should help to bring more people to the service. 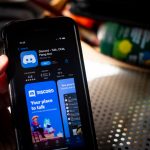