After Snapchat Facebook steals feature from another tech platform

Facebook’s obsession of stealing features from other tech platforms is not new. And due to this habit, it always comes under criticism from the companies from which Facebook has stolen features from.

After the news broke many netizens and journalists around the globe criticized Facebook for this action.

How this new feature works

First, go to the create a post box and select one of the colored circles, write in the box and you will notice that your message has appeared against a color background. Facebook is offering many colors circles varying from single to different multi-colors. 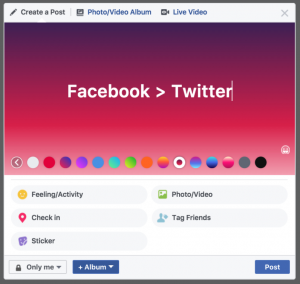 Until recently, Facebook had been copying Snapchat’s features for its Instagram platform. Facebook had copied Snapchat’s Stories feature and also copied Snap’s overlaid creative tool as well. Instagram’s head of product Kevin Weil at the TechCrunch Disrupt conference in New York said, “If we’re being honest with ourselves, this is the way the tech industry works and frankly, it’s how all industries work”.

Till now no official statement in this regard has been issued by Twitter. 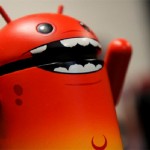