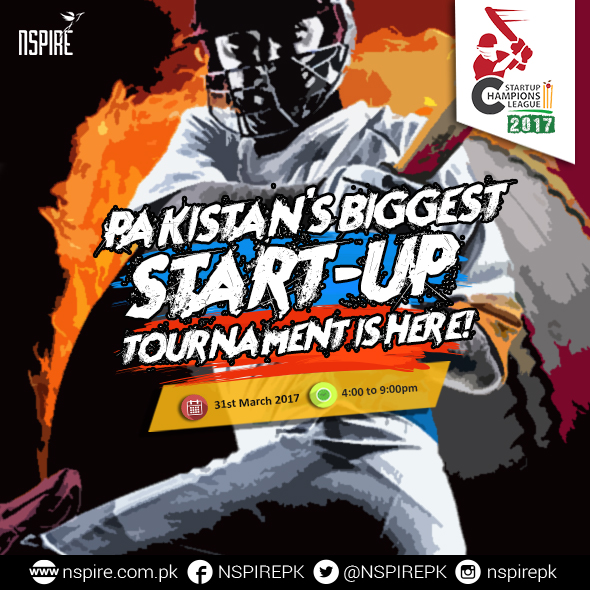 The Startup Champions League aimed at inciting collaboration and sportsmanship in startups, incubators, and accelerators through a cricket tournament. The sports carnival brought together a number of startups including PlanX, Plan9, TechHub Connect, Microsoft Innovation Center, Social Innovation Lab, LUMS Center for Entrepreneurship and NSPIRE.

The event took place on 31st March 2017 at NETSOL cricket ground. It was a four-over match. Here are the matches’ details:

PlanX and NSPIRE qualified for the final match. PlanX batted first and gave the target of 63 runs. NSPIRE lost the match with one run only and hit 5 sixes in the last over.

The tournament was unique in multiple ways:

Mr. Ayub Ghauri, Head of NSPIRE said, “We’re so excited to host Pakistan’s biggest startup sport carnival. We feel that all of us working towards one major goal i.e. to make Pakistan’s entrepreneurial ecosystem a success. Events like Startup Champions League, will enable all of us to collaborate and synergize at a different level.”

NETSOL technologies is one of the Pakistan’s premier software development company. NSPIRE helps startups with creative business ideas and it has been designed to meet the needs of tech-based startups in Pakistan.

How to root Samsung Galaxy Note 4