An international company, Quacquarelli Symonds, specializing in education and study abroad has issued a current ranking of universities, listing Pakistan’s varsity NUST on 437 number. The university, due to producing good and skillful students with excellent performance in teaching and research, has maintained its promising position both in Pakistan and abroad that is why the varsity rises up to 91 places in the world university ranking.

Apart from NUST other universities such as the Quaid-i-Azam University (QAU), Lahore University of Management Sciences (LUMS), University of Engineering and Technology (UET), have all made it to the top 1,000 university ranking.

It would be worth mentioning here that NUST has also done great on region level competing with several regional universities and now it stands at 112 in the whole of Asia, which itself is great.

Apart from the ranking, the students of the varsity are also doing great on international forums just recently a team from NUST has bagged the first position at the Stanford Longevity Design Challenge held in California. The team defeated many renowned universities which include varsities like MIT.

What Are The Six Ways To Save Outlook Emails As PDFs? 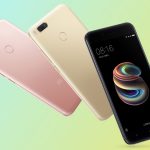