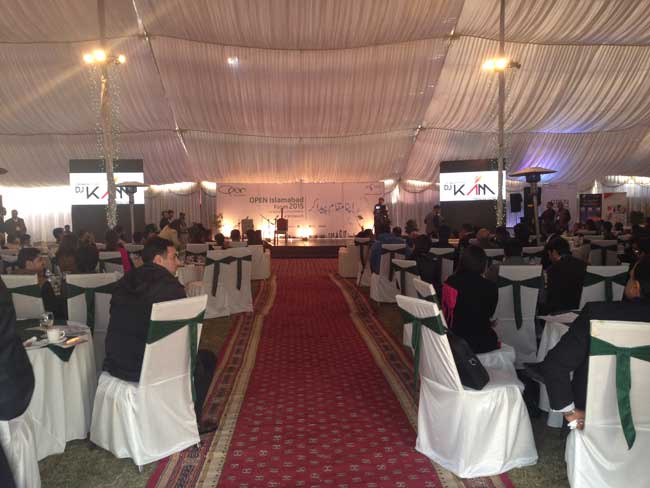 Today brought a close to Open Islamabad’s Annual Forum 2015. Aptly held in the serene location of Shakar Pariyaan, the event hosted people from all over Pakistan. In attendance were CEOs, entrepreneurs, innovators, policy makers, officials from the Government, development and academia.

OPEN, or Organization of Pakistani Entrepreneurs, is a non-profit organization dedicated to promoting entrepreneurship and business leadership in the international Pakistani community. They have active chapters in Boston, Silicon Valley, New York, Washington DC, Houston, Chicago, Atlanta, London, Karachi, Lahore and Islamabad. Open Islamabad is their only chapter with the fastest application to launch time. They held their first Annual Forum last year which focused on celebrating the entrepreneurs of Islamabad. This year they gave the stage to people who have graduated to a level of excellence and demonstrable success.

The event included motivational talks, innovation showcases, announcements and networking opportunities.The speakers were some of Pakistan’s most successful people from the fields of Medicine, Philosophy, Business & Entrepreneurship, Academia and Media. The first speaker was Dr. Mowadat Rana, a renowned psychiatrist who was awarded Sitara e Imtiaz by the Government of Pakistan for his contributions. He spoke of his journey and the key figures in his life who influenced him to adopt the profession of Psychiatry.

This was followed by an inspirational talk from Telenor’s Chief Marketing Officer, Irfan Wahab Khan, who spoke of his passion to learn and his eventual rise to the top. He also made two official announcements:

Telenor will soon be launching a startup accelerator and IoT (Internet of Things) solutions.

“There are numerous startup incubators and accelerators in Pakistan, but all they do is provide you with space and mentorship. We are hoping to change that with Telenor’s Accelerator Program which will be launched some time in the near future. With our program we are aiming to provide our startups with our API’s for payment facilitation, location and distribution. Our enrolled startups will also have access to our customer base for marketing purposes as well. Furthermore, we are also hoping to launch our IoT solutions soon: some of which include a Child Wrist Watch and a Car Monitoring OBD.”

Telenor also had a stand at the event, where attendees could get a hands-on experience with the devices. Child Wrist Watch is like any other watch but it allows parents to monitor their child’s movements and raise an alarm if they leave the assigned radius. OBD was a device to be installed in cars, it can help you keep your car speed in check, your car mileage and fuel etc.

While speaking with TechJuice regarding these ventures, Owais did not make any further disclosures and preferred to keep the details under wraps for now. 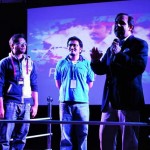